I Was Asked To Come Down To A Police Station Regarding An Incident. What Should I Do? 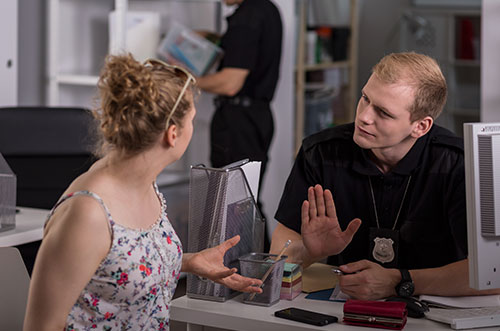 If someone has been asked to go to a police station regarding an incident, they should call an attorney. There is no requirement for a person to comply with such a request. Once the individual contacts an attorney, that attorney can contact the police officer or detective to find out more information. Quite often, attorneys will be able to get a case dropped or prevent a client from ever being arrested. In most cases, the police will want someone to go to the police station so that they can be questioned and hopefully make an incriminating statement. In other cases, someone might just be a witness, but this is something that an attorney can determine in order to intelligently advise the client and help them make a decision. Once the nature of a client’s charge is understood, favorable information provided by the client to their attorney can be conveyed to the detectives; in this way, the information conveyed to the detectives cannot be used against the client.

When a person is innocent, they may answer questions in a way that hurts them or corroborates evidence that the police already have. This means that even if someone is truly innocent, answering questions can hurt them. Refusing to answer questions and exercising the right to remain silent are choices that can never be used against someone and can never be used to justify an arrest if the individual would not have otherwise been arrested.

If officers go to a person’s home and ask to speak with them, the individual should always refuse to speak with them until they have an attorney present. In those types of situations, we sometimes develop other evidence that we may be able to share with the detective to prove the client’s innocence and get the matter dropped. This can be hugely important for a client by preventing them from having a record of criminal arrest and preventing them from the expenses of having to defend a case once they’ve been charged with a crime.

I Was Stopped By Police. Can They Ever Order Me Out Of My Car?

The police can order an individual out of their vehicle. If this happens, the individual should comply with that request. Regardless of the fact that ordering someone out of their vehicle may be an illegal detention, the individual who is being ordered does not want to disobey the officer’s order. Later, we may be able to demonstrate that the detention was unlawful and that any evidence obtained should be thrown out.

What Rights Do Passengers In Motor Vehicles Have During Interactions With The Police?

If an officer wants to identify a passenger as a witness, that passenger should provide the officer with their name, date of birth, and address, but will not have to show proof of identification. If an officer asks a passenger to step out of the car, the passenger should comply with that request—regardless of whether they think it is an illegal detention. If it is indeed an illegal detention, then we can demonstrate that to a judge at a later point and have the evidence ruled inadmissible. It is important for an individual to remember that they have the right to be free from unreasonable search and seizure and the right to be free from unlawful arrest. An individual should comply with an officer’s demands, identify themselves, and refuse to answer any questions.

For more information on Going Down To A Police Station About An Incident, an initial consultation is your best step. Get the information and legal answers you are seeking by calling (682) 204-4066 today.