Husband is Charged with Murder Based on Fitbit Evidence

Modern technology helps our everyday lives. It can trace our locations and tell us how far we have walked or run. This evidence can also be used in criminal investigations. Recently Fitbit evidence was used in a murder case.

A report on CNN noted the horrific attack as described by Richard Dabate to police. He said a masked intruder broke into the house he shared with his wife in Connecticut. The intruder tied him up and tortured him. When his wife returned home, he shot and killed her, he claimed.

Cops were suspicious about the story. But it was evidence from an unlikely source that led to a murder charged against Dabate.

Police examined evidence from the Fitbit his wife was wearing. A Fitbit is an activity tracker that’s worn on a user’s arm.

The terrible sequence of events took place on December 23, 2015. Dabate told investigators he put his two kids on the bus that morning, waved goodbye to his wife, Connie, left the house for work.

Connie headed for a fitness class at the local YMCA. She was wearing a Fitbit on her waistband. 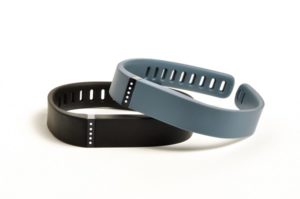 Fitbit evidence was vital in a murder case

Dabate said he forgot his laptop and returned home to retrieve it. Then he spotted an intruder. He said the tall man of stocky build was wearing a camouflaged suit with a mask.

Dabate told police his wife returned home and he yelled for her to run. There was a brief struggle and the intruder shot and killed the wife, Dabate said.

The husband said the intruder tied him to a chair and burned him but he was able to escape.

Police were unable to find evidence of an intruder or a forced entry. They obtained warrants to search computers, cell phones, and home alarm records. They also obtained warrants for digital information from Connie’s Fitbit.

The evidence from the Fitbit later undermined Dabate’s claims. While she was at the home, Connie’s Fitbit recorded a distance of 1,217 feet from 9:18 a.m. to 10:05 a.m. when movement stopped, reported CNN.

If Dabate’s claims were correct, detectives said the total distance it would take Connie to walk from her vehicle to the basement, where she was found dead, would be no more than 125 feet.

Dabate was charged with murder, tampering with evidence, and providing a false statement after the Fitbit evidence came to light.

CNN reported he was released after posting a $1 million bond. He is expected to enter a plea during his next appearance in court on April 27.

Police are increasingly using digital evidence to solve cases, be it from smartphone apps, telecommunication towers or other devices.

In another case, a judge allowed prosecutors to introduce recordings from an Amazon Echo device. Prosecutors say the Echo recorded a murder as it occurred.

In some cases, information may have been improperly obtained from devices.

If you have been accused a crime, you should be careful about leaving an electronic trail. Avoid talking about the incident on social media.

Call the Medlin Law Firm for a free consultation today.