How Online Ads are Fueling Crime

Many of us have brought goods on sites like Craigslist in the past. Often we think nothing of meeting a complete stranger at their home or elsewhere for a transaction.

However, online ads are sometimes fronts for crimes. This year Craigslist hit an unwelcome milestone when it was revealed more than 100 killings have now been linked to the site.

An article in the Washington Post warned Craigslist is not just a good place to make sales. It’s a “platform for dangerous criminals to find their prey.” 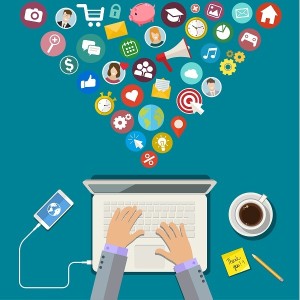 Craigslist passed the 100-murder mark early in 2016 when a woman from Gary in Indiana tried to rob a couple who showed up to make a purchase from the site. One of the two people she shot died.

Criminologists say online ad sites like Craigslist have fueled stranger on stranger crime. Traditionally in most serious crimes of violence the perpetrator and victim know each other.

In October 2016, Martha Teran was shot dead in Dallas as she tried to sell her daughter’s iPhone. A report in the Star-Telegram said the shooting occurred outside the Medieval Times, a dinner theater restaurant.

Two men in their twenties were charged with capital murder over the death of 42-year-old Teran.

The mother was arranging to sell the phone to a buyer via the digital marketplace app OfferUp. It’s an app that allows users to post items for sale and connect with potential buyers through local listings.  Teran had apparently rejected the first proposed meeting place of the buyers and suggested a more public place.

As well as links between online ad sites and crimes of violence, sites like Craigslist are associated with scams such as buyers making overpayments with fake checks.

These killings and other crimes highlight the need to take extreme caution if you are buying goods online. In cases like crimes linked to Craigslist, there is usually online evidence that links a buyer to the perpetrator of the crime.

However, on occasions these crimes can be complicated and a buyer or a seller can be wrongly linked to a crime.

If you are charged with any crime of violence in Fort Worth, or nearby cities like Arlington and Irving, you should immediately seek the help of an experienced criminal defense lawyer. Call us at (682) 204-4066.