How Many Undocumented Immigrants Are Arrested for Crimes in Texas?

A focus on crime committed by undocumented immigrants featured heavily in Donald Trump’s successful bid to become President of the United States.

However, there is a lack of consensus about the number of crimes that are committed by illegal immigrants in Texas and whether the level of offenses by this group is higher than others.

Issues of immigration and crime are particularly pertinent in border states like Texas. 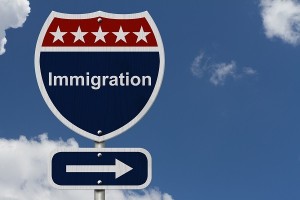 Figures from Texas Department of Public Safety reveal more than 210,000 criminal aliens were booked into jails in Texas between June 1, 2011 and the end of 2016.

The website states during their criminal careers, the undocumented aliens were charged with more than 559,000 criminal offenses. The arrests include 1,132 murder and manslaughter charges; 66,687 assault charges; 66,289 drug charges; 16,304 burglary charges; 682 kidnapping charges and 43,723 obstructing police charges.

Texas Department of Public Safety listed 39,689 theft charges associated with undocumented immigrants, 3,677 robbery charges; 8,375 weapons charges and 5,903 sexual assault charges. The website said of the total “criminal aliens” arrested in that timeframe, over 139,000 or 66 percent were identified by Department of Homeland Security being in the US illegally at the time of their last arrest.

The charges were reported by local agencies. Some of those arrested may be charged with offenses in other states, according to DPS.

Crime by Undocumented Immigrants in Texas is Disputed

There are different takes on the extent of crime committed by illegal aliens in Texas. In 2015, a report on the right wing media site PJ Media purportedly cited Texas Department of Public Safety figures stating that illegal immigrants have been involved in nearly 3,000 homicides.

PJ Media, said the figures amounted to an “alien crime wave of staggering proportions,” fueled by officials who failed to enforce immigration policies.

His claims were disputed. An investigation by Politifact Texas highlighted issues with Perry’s analysis. A team of criminologists said homicide charges were included with those brought decades ago. They noted Texas Department of Public Safety tallied arrests only rather than homicide convictions.

The Los Angeles Times recently cited research saying it’s a “myth” that immigrants commit more crimes and the influx of new arrivals into some areas often makes them safer.

If you are an undocumented immigrant charged with a crime, you can face an intimidating environment in Texas. An experienced Fort Worth criminal defense lawyer can help you. Call us at (682) 204-4066.