How Fraudsters Can Use Social Security Numbers

Social security numbers are a unique identifier used to access a wide range of important information. However, they have also become a valuable commodity for fraudsters who are routinely accessing Americans’ personal information.

Recently, the Christian Science Monitor noted social security numbers were set up in the 1930s by the Social Security Administration. It did not intend to use them as identifiers that would later be relied on by insurers, retailers, utilities, banks and medical providers. 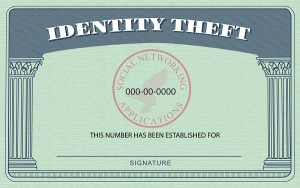 Now social security numbers have become valuable for fraudsters who commit identity theft. Bank accounts can be taken over and new accounts, benefits and healthcare accounts can be opened up using someone else’s SSN.

The Identity Theft Resource Center noted there were more than 780 data breaches in 2015.  Most of these related to banks and other financial institutions. Millions of people had their SSN information breached.

In some cases, hard drives are stolen from medical facilities, giving access to thousands of social security numbers.

The Christian Science Monitor noted the medical industry has become one of the biggest collectors Americans’ SSNs. Doctors routinely  request SSNs and store them but, they rarely require them.

Doctors’ offices, hospitals and other medical providers are seeing some of the highest incidence rate of breaches of SSN security in the country, according to Healthcare IT News.

Indeed, these providers are being targeted by cybercriminals who are aware that healthcare businesses lag behind in security. In 2016, the number of breaches in the healthcare sector rose from 63 in the first quarter to 118 in the third.

The ease with which offenders can access social security numbers is leading some experts to say people should only give out their numbers when it’s really necessary.

The Social Security Administration points out people are not required to give out their SSNs.

We recently noted how as many as 7 percent of people become victims of identity theft every year in the United States.

The crime of fraudulent use or possession of identifying information is charged as a felony in Texas. You can face a heavy sentence for stealing and using somebody else’s social security number.

If you have been charged with a serious fraud crime of this nature, please call the Medlin Law Firm for a free consultation today.