How Campus Carry Laws in Texas Can Land You in Trouble

The controversial campus carry law came into effect in Texas on Aug 1 for all of the four-year colleges in the state. The law will apply to state junior two-year universities and junior colleges next August.

The law was implemented six months after the open carry law in the state but it does not permit guns to be displayed in the open. Instead, students who are holders of a concealed handgun license can carry a loaded, concealed weapon in university and college buildings.

Texas Governor Greg Abbott signed S.B. 11, also known as the “campus carry” law in 2015. It states that license holders may carry a concealed handgun on university campuses from Aug. 1, 2016. The law gives public universities some discretion to regulate campus carry but they cannot enact blanket bans. 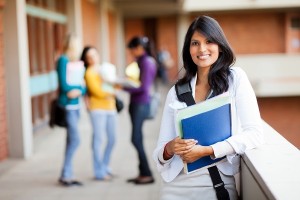 Campus carry laws can be confusing

University of Texas at Austin and President Gregory L. Fenves estimated that less than 1 percent of students on the campus have licenses to carry a gun.

Although universities cannot make blanket provisions, there are a number of ways you could end up in trouble with the law if you have a firearm on campus

1 You Are Openly Carrying a Firearm

S.B. 11 deals only with the concealed carry of guns by holders of concealed carry licenses. It remains illegal to show a firearm in buildings on the campus well as on streets, sidewalks and other communal areas.

Most students need to be 21 to obtaining a license to carry a concealed handgun. The only exceptions are members of the military or veterans.

3 You Are Carrying a Gun in Sensitive Areas of Buildings

Universities have the right to keep guns out of sensitive areas or buildings. An example might be science labs where chemicals are stored. Each university or college should publically display its campus policies on its website and publicize it to faculty, staff, and students.

Universities cannot ban concealed weapons from the classroom. In August, a judge denied a legal attempt by three UT professors to keep guns out of their classrooms, the Texas Tribune reported.

Two-year universities and junior colleges won’t be covered by the campus carry law until August 2017. Private universities can opt out and some have. Here’s a list. You can be charged with an offense for carrying a gun at a private college that has not opted in.

5 You Are Carrying a Banned Weapon

All other types of firearms apart from handguns such as rifles or assault weapons remain strictly prohibited for students on college campuses.

The campus carry law is full of areas that can get you in trouble with the law if you carry a gun to your school. At the Medlin Law Firm we are dedicated to helping people who are wrongly arrested. You can read more about our vigorous representation here.

Call our Fort Worth criminal defense attorney today for a free consultation at (682) 204-4066.