Baylor University in Waco has become a byword for sexual scandal and cover-ups over the last year. Now alleged Baylor sex assaults have sparked new bills in the Texas legislature.

Insurance Journal reported on how Texas lawmakers are seeking tougher sexual assault reporting requirements on colleges like Baylor in response to lawsuits and ongoing investigations at Baylor.

A report in Insurance Journal noted the nation’s largest Baptist college is facing federal lawsuits from as many as a dozen women. 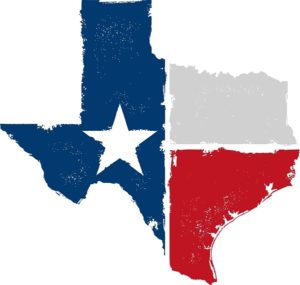 The lawsuits claim a culture of rape was endemic in the college’s football team. The claim says school officials are accused of ignoring, downplaying or suppressed the women’s sexual assault claims.

Lawmakers have reacted strongly to the allegations. Bills have been filed in Austin that would require employees at schools and student leaders to immediately report allegations of assault to the school’s investigations.

Failure to do so would result in criminal charges or expulsion. The legislation would prevent schools from using student conduct code violations to intimidate witnesses or victims. It would also make it easier for schools to report assaults anonymously and online.

Concerns are mounting over the scale of the alleged sexual assaults at Baylor.  In March, the University of Texas released the findings of a student survey that suggested up to 15 percent of female undergraduates on the campus that has 50,000-students said they had been raped.

In March, frustrated Senators attacked Baylor University over the sexual assault scandal. They even discussed forcing the under fire private university to comply with state open records laws.

Baylor’s interim president David Garland faced a barrage of questions about whether the university covered up or didn’t properly respond to many accusations of rape by football players and other students, reported the Texas Tribune.

Senators also demanded to know why some people who appeared to be involved in the Baylor scandal were allowed to keep their jobs or administrative titles at the school.

As many as 52 alleged rapes have been reported at Baylor University, we noted on our blog. Across the county alleged rapes on campuses have made headlines. However, Baylor appears to be an extreme case.

The allegations led to the firing last year of Art Briles, a successful football coach and the resignation of university president Ken Starr.

Sexual assault carries a very severe penalty in Texas. If you have been charged with this crime, please contact our experienced Texas criminal defense lawyers today.