Carjacking is a very serious crime in Texas. In some cases, a botched carjacking can lead to tragedy. In Houston, a man was shot and killed in front of his wife and child during a recent carjacking attempt.

Earlier this year, Pedro Aguilar, 47, was killed by young men who tried unsuccessfully to steal his car. A report on Associated Press stated the carjackers tried to take the family’s car only to discover it had a manual transmission and they couldn’t drive it.

The Harris County Sheriff’s Department said Aguilar pulled up to his family’s apartment. Another vehicle pulled alongside him with at least two suspects inside. They pulled Aguilar from his vehicle and beat him before shooting him in the chest. He lost his life at the scene. 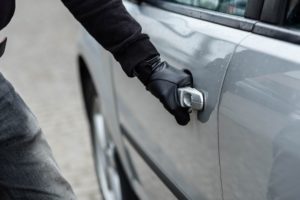 Two suspects then got into Aguilar’s car. When they discovered it was a manual transmission, they exited and fled in their own vehicle.

Aguilar, his wife, and their 10-year-old daughter had returned from dinner. They pulled up to their apartment complex at the Greenbriar Park North apartments. The mother and the child walked to the apartment while Aguilar, a mechanic, parked the car. That’s when he was attacked by the carjackers.

Video surveillance of the incident was released three days later. A sketch image was also released of one of the attackers.

This carjacking attempt ended in horrific violence. Although most carjackings don’t lead to a death this is an extremely serious offense in Texas.

Recently, we noted how offenses involving vehicle theft have fallen in Texas and elsewhere in the country.

The decline in these types of crimes is attributable to rapid advances in technology such as immobilizer systems in newer cars. It’s impossible to steal many newer cars without an ignition key. Typically, older cars are much easier to steal.

Under Texas law, you commit an offense if you take any piece of property that does not belong to you without the consent of the owner. A car is no exception to the rule.

The offense of carjacking is defined as taking a vehicle from the owner or driver by force or the threat of force. The owner may fear violence. In Texas, carjacking is prosecuted under the state’s robbery law. The owner should be in or in close proximity to the car for the offense to take place.

If you steal an empty car, you will not be charged with carjacking.

If you have been charged with a serious crime of this nature, please call our Tarrant County criminal defense lawyers today.