If you don’t remain at the scene of an accident in Texas, you face being hit by criminal charges like hit and run.

In June, Dallas Police arrested a 17-year-old for what they said was a hit-and-run accident that injured an officer.

Ivory Keith Nails, 17, was taken into custody on an outstanding warrant Fox4 reported.

Dallas police officer Sr. Cpl. Dale Ordogne was injured on May 29. He was taken to a local hospital after his cruiser plunged into a creek following the wreck. 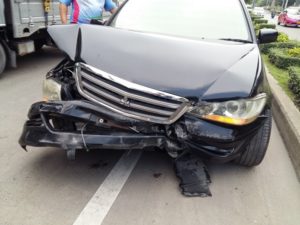 Man charged with hit and run over police officer crash

Police said the officer was responding to a call in the 3100 block of Westmoreland when the suspect’s SUV failed to yield to him and hit his cruiser.

Witnesses at the scene pulled the cruiser from the creek and got it back onto its wheels. Smoke was seen coming from the undercarriage of the vehicle.

Nails was later arrested outside of an Oak Cliff apartment complex, according to media reports. A report said he was driving a stolen pick-up.

The Penalty for Hit and Run in Texas

In 2013, new laws increased the penalties for leaving the scene of an accident involving a fatality, reported the Texas Tribune.

In these cases, leaving the scene of a fatal accident became as serious as intoxication manslaughter.

If you leave the scene of a fender bender with no injuries, you are likely to be treated less severely than if there were injuries or fatalities.

Under the Texas Penal Code, penalties for failing to stop include.

If you are charged with leaving the scene of an accident, you could be facing a long term in prison. However, there are some important defenses. Drivers are not always aware if they were involved in accidents, particularly at night. If you have been charged with this offense, please call our Tarrant County criminal defense lawyers today.