Harris County Has a Diversion Program for Misdemeanor Marijuana Offenses

A diversion program for offenders who commit misdemeanor marijuana offenses went into effect in Harris County in March 2017.

The program diverts offenders caught with small amounts of marijuana from jail to a county educational class.

The key aspects of the program were set out in Community Impact.

Specifically, there will be no arrest, charge, citation, jail or criminal record for offenders who are caught in possession of less than four ounces of marijuana if they enter a voluntary diversion program.

People who are caught with less than four ounces will have to attend a four-hour educational class called “Cognitive Decision Making” within 90 days of the offense. After the class, no charges will be filed over the drug offense.

Under the Harris County program, when a suspect is involved in a drug stop, a police officer executing the stop advises the suspect of the program and his or her eligibility for it. 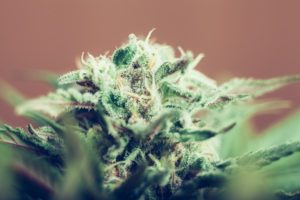 The police officer then contacts the office of Harris County District Attorney Kim Ogg’s office to ensure that the stop is lawful and the suspect qualifies for the program.

Suspects who are eligible then sign an acknowledgment form and agree to take a “cognitive decision-making class” in 90 days.

Crime labs will not be required to test any drug evidence seized. It will be destroyed upon completion of the course.

There are some exceptions to the program, even for offenders who have less than four ounces of marijuana.

Offenders in prisons and those picked up in drug-free zones around schools will not be eligible.

The program is also not available for offenders on probation, bond or other deferred adjudication agreements. They are prosecuted as normal.

The program is expected to save money in Harris County because low-level drugs offenders will avoid the full machinery of the criminal justice system.

Harris County spends about $13 million housing marijuana offenders, who each spend an average of 6 days in jail.

Ogg said the new policy is expected to bring savings to county agencies and strengthen the workforce.

If you have been arrested on a drug offense, you should not downplay the seriousness of the offense. You should consider hiring a Texas criminal defense lawyer. There are some alternatives to drug charges in our state.