Half Of All Americans Are On Police Databases

The rapid growth of information technology means our personal information is found in more and more databases. Many people who come into contact with the police are alarmed to realize their details are already in police databases.

A recent report released by Georgetown Law’s Center on Privacy and Technology, found half of all American faces are stored in police databases.

The study is entitled The Perpetual Line-Up: Unregulated Police Face Recognition in America.  The researchers found one in four law enforcement agencies can access face recognition. The lack of regulation posed further concerns. 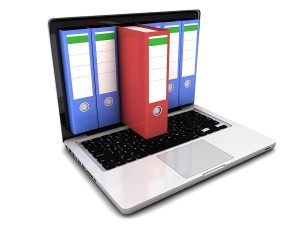 Many people are on police databases

If the police told you a shooting occurred at a local gas station and asked you if you could take part in a line-up at the station, you would likely refuse.

But the large number of faces police already have in databases means it may be happening without you having a say.

Last summer, the Government Accountability Office disclosed the police have the faces of about 64 million Americans in police databases. In 16 states, the FBI is permitted to use face recognition technology to compare the features of suspected criminals to their driver’s license and ID photos.

The report describes this as creating a “virtual line-up of their state residents.” It’s not a human being that points to the suspect but an algorithm.

At the same time, local and state police departments are constructing their own face recognition systems. Many of them are more advanced than the system used by the feds.

In Texas, police have access to 24.9 million mug shots in the FBI’s database and 24 million driver’s licenses.

It’s unclear if police need reasonable suspicion to run a search. The facial-recognition world is under-regulated, the Center of Privacy and Technology points out.

The report was published last year. It’s the most comprehensive survey to date of the use of facial recognition by law enforcement and the dangers it poses. The researchers conducted a year-long investigation and filed more than 100 records requests to police departments around the country.

If you believe your rights have been violated by a law enforcement department in Texas, talk to the Medlin Law Firm. You can find out more about Gary Medlin. Call us at (682) 204-4066.