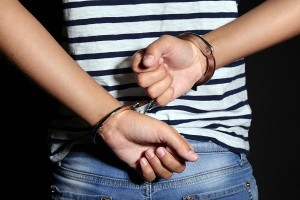 An article in Slate pointed out many counties and cities are replacing their court case management software.
The systems share a wide range of information such as when a judge issues or recalls an arrest warrant or when bail is posted by a defendant. This kind of information is important because it forms the basis for many decisions such as who to arrest, release or detain in jail.
In Alameda County, rather than fixing an out-of-date process, the new software caused countless problems, Slate reported.
Alameda used Tyler Technologies’ Odyssey Case Manager. Tyler systems are used in counties and cities across the country including in Texas.
In the Northern California county, the numerous problems were reported by the public defenders’ office, namely:
·         People were wrongly arrested
·         Defendants were detailed in jail when they should have been released.
·         Defendants were wrongly told to register as sex offenders.
The Slate article described how four police officers arrived at the home of a 24-year-old man in Fremont to arrest him. They were acting on an arrest warrant for his failure to appear in court on a charge of drug possession.
The drugs charge was dismissed months earlier. However, the warrant remained active in the court’s new Odyssey system, leading to the man’s arrest.
The scale of the problem is such that the public defender’s office filed hundreds of identical motions requesting the court keep accurate records.
Other counties that use the same courts software system report problems. Odyssey is used in 25 other California counties.
They have formed the California Tyler User Group in a bid to counter the issues.
Tyler’s Odyssey systems are used in many parts of Texas including Dallas and Houston. There has been no report of problems to date in the Lone Star State.
However, in Shelby County in Tennessee, an activist group has filed a federal civil rights lawsuit over apparent problems with the system.
The notion of being wrongly arrested, not released from jail or incorrectly told to register as a sex offender due to a computer glitch is deeply alarming to our Tarrant County criminal defense team.
We will vigorously investigate any issues related to flawed software. See our client testimonials here or call us today.