Celebrity drunk drivers often make headlines. It seems amazing that movie stars and pop stars would need to be on the road in the first place if they have been drinking but celebrity DUIs occur with an alarming regularity.

In some cases, drunk driving ended their life. Jackson Pollock, one of the most influential abstract painters of his era died when he crashed his car in Springs, New York in the summer of 1956. Pollock, 44, had been drinking before the crash. 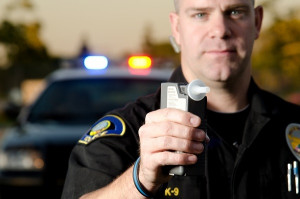 Here are some celebrity drunk drivers who were charged with DUIs.

He was arrested on suspicion of driving under the influence in 2014 in Baltimore. According to Maryland Transit Authority Police, the swimmer was driving a Land Rover at 84 mph in a 45 mph zone. He was given a one-year suspended sentence and ordered to complete probation.

Police said they carried out a series of standard field sobriety tests and he failed them.

Phelps was arrested for a DUI in 2004 after running a stop sign. He was fined and sentenced to 18 months of probation.

Troubled Hollywood actress Lindsay Lohan has a long rap sheet and is one of Hollywood’s most famous celebrity drunk drivers. It includes two DUI charges in 2007, misdemeanor hit and run and possession of cocaine.

The actress is finally off probation after completing 125 hours, reported CNN.

The famous Hollywood society girl has also had a long history of run-ins with the law.

In September 2006 she was arrested Los Angeles on suspicion of drunk driving. Her blood/alcohol level was .08 percent, the minimum for a DUI charge in California.

Six months later she was jailed for 45 days for violating her probation terms by driving on a suspended license.

Lost star Matthew Fox was charged with driving under the influence and driving without a license in Deschutes County, Oregon.

Fox was stopped for failing to drive within a lane and not using an appropriate signal. A police officer then tested him for drunk driving and the star was arrested. He said in a later interview he had been “embarrassed” by the charge.

Ryan, one of Disney’s biggest stars, was recently charged with DUI. A report on TMZ stated the star of “Jessie” was driving in Los Angeles when her 2016 Audi and hit a Mercedes.

Police charged Ryan with felony DUI after she failed a field sobriety test. The report said the felony was reduced to a misdemeanor because the injury claimed by the Mercedes driver was minor and her blood/alcohol level was only slightly over the .08 legal limit.

The Medlin law Firm provides vigorous DWI/DUI defense in Tarrant County to people who have been charged with driving under the influence. Texas is tough on drunk driving and people who are arrested are likely to get a harsher sentence than celebrities. Call us today at (682) 204-4066.