Fees in Lieu of Convictions Come Under Scrutiny in Texas

The use of fees from criminal prosecutions to pay for police, courts and prosecutors has been part of the criminal justice system in Texas for years. However, the use of fees in lieu of convictions is under scrutiny amid ethical concerns.

An article in The Observer cited the case of Charley Salas, a young woman who was arrested in 2012 in Brownwood, a small town between Austin and Abilene.

She was a designated driver. However, a friend spilled beer in the car earlier in the night. The Observer report said she was pulled over and the smell of alcohol made a police officer immediately suspicious. The police officer checked Salas’ ID and found she was driving with an invalid license.

Salas said she was unaware of the issue. She was, nevertheless, handcuffed and taken to a local jail. 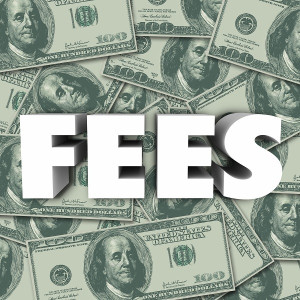 At her court hearing three months later, Salas was told she could either face further jail time or a $2,000 penalty. The 26-year-old single mother could not pay the penalty.

The Observer report said Brown County Attorney Shane Britton said she could avoid the charge if she opted for a “pretrial diversion.”

The deal was compared to probation but a prosecutor rather than a judge would set the terms.

There were certain conditions and Salas would have to pay monthly fees to the Brown County Court at Law, Britton’s office, and the Texas Department of Public Safety.

The fees totaled $1,400, or about $116 a month. Salas said she was unsure how she would pay but she accepted the deal rather than risking a conviction.

Salas ran into trouble and faced mounting charges and late fees which she said were not mentioned in the original agreement.

The Brown County prosecutor’s office later came under scrutiny over payments from defendants in lieu of prosecution.

The Observer article said Britton made “donations” from the accused to support the county’s pretrial diversion program that allows people to avoid prosecution for DWI, driving without a license, shoplifting, theft and other misdemeanors.

Despite some reluctance of senior officials to embrace such programs in Texas, legislators in the state have demonstrated enthusiasm for payments in lieu of prosecution.

A report by the U.S. Justice Department in 1990 praised Texas as a trailblazer in offender-funded probation. Two years ago, Texas was one of just a handful of states to receive a grant from the Justice Department to help cut the $1 billion in fees and fines its courts collected from defendants.

If you have been charged with a DWI or another misdemeanor offense and you are offered a deal, you should work with an experienced Fort Worth criminal defense lawyer first to ensure it’s in your best interests. Contact us today here.