Federal Money Channeled into Fighting Crime in Fort Worth Neighborhoods

Project Safe Neighborhoods is program that targets federal resources into combating crime at a local level. Recently, two Fort Worth neighborhoods received a $500,000 grant to curb gun and gang crime.

In November, the Star-Telegram reported the award of the grant to continue the Project Safe Neighborhoods program.

The grant is targeted at the Stop Six/Poly area and the Las Vegas Trail neighborhoods in the western section of the city. 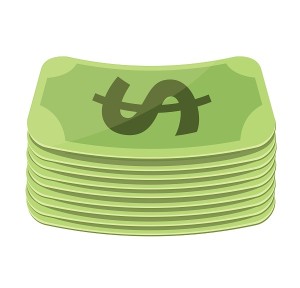 Money has been targeted to make Fort Worth neighborhoods safer

The Star-Telegram reported that the grant is one of seven grants of $500,000 that are awarded by the Justice Department’s Office of Justice Programs Bureau of Justice Assistance.

In Fort Worth, the grant also will address domestic violence. One Safe Place will implement the initiative in the two neighborhoods.

Ken Shetter, president of One Safe Place, said domestic violence fuels many of the other crimes that are experienced in the area. The grant will help put new programs in place for children who are exposed to violence.

The Project Safe Neighborhoods program targeted Stop Six/Poly and south Fort Worth in 2013-1015, cutting crime by almost a quarter in the near south side, according to reports. In the Stop Six/Poly area, crime was cut by 9 percent over those two years.

The new grant will focus on prevention, enforcement, community outreach and re-entry programs.

U.S. Attorney Jim Parker said his office is committed to working side by side with the residents of these neighborhoods, and partners in One Safe Place to “stop the destructive cycle of gun and gang violence that terrorizes our communities,”

After the Thursday news conference, volunteers, and neighborhood police officers distributed “Not on My Block” fliers, which explain how to report criminal activity, including the Crime Stoppers anonymous tip line phone number.
Violent crime is one of the most significant concerns faced in many Fort Worth neighborhoods. These offenses often carry high sentences. Our Fort Worth criminal defense attorney can help you fight allegations of a crime of violence, irrespective of whether you have been charged with assault or a more serious offense. Call us today at (682) 204-4066 for a free consultation.