With a record number of Americans becoming addicted and dying of opiate addiction, the federal authorities are targeting opiate crimes.

In October, President Donald Trump declared the opioid epidemic an emergency. However, he offered few concrete policies on the issue.

Attorney General Jeff Sessions offered more specifics in November. For the first time in two decades, the Drug Enforcement Administration is to open a new field office, Sessions announced. The heat is on opiate crimes.

Jeff Sessions said the DEA’s 22nd field office would be located in Louisville in Kentucky, which is in a region seeing numerous overdoses of the prescription painkiller and heroin as well as the deadly synthetic drug fentanyl.

Sessions said at least 90 federal drug agents will be redeployed to the Louisville office. They will conduct anti-opioid operations throughout Kentucky, West Virginia, and Tennessee. 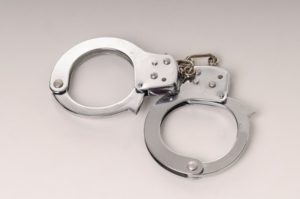 A report in USA Today noted Deputy Attorney General Rod Rosenstein is reviewing whether to pursue a repeal of 2016 legislation backed by the drug industry that harmed law enforcement’s ability to stop suspicious shipments of opioids linked to rises in overdose deaths.

The suspicious sale of opioids is being monitored as well as prescription patterns by doctors.

“To expand treatment, we must increase funding for and acceptance of medication-assisted treatment. To reduce overdose deaths, we need Good Samaritan and naloxone access laws. To reduce disease transmission, we need to expand needle exchange programs.”

While the so-called “pill mills” are being targeted, the report noted many opiates were not being wrongly prescribed.

It said over-prescription by well-intentioned doctors was a significant problem and even a small decline in prescriptions pushed hundreds of thousands of patients to buy opioids illegally on the street. As doctors cut prescriptions, more patients are likely to turn to the street market and to end up on heroin.

On June 9, 2017, in Texas, Governor Greg Abbot signed a bill from the legislature amending both the Texas Controlled Substances Act and the Texas Pharmacy Practice Act.

The law adds a new section to the TCSA requiring pharmacists to check the Prescription Monitoring Program (PMP) before dispensing certain drugs, including opioids, benzodiazepines and barbiturates.

There are a wide range of drug crimes. The new crackdown raises the prospect of more doctors and others facing criminal sanctions.

If you have been charged with a narcotics offense in Tarrant County, please call us today for a free consultation about your case.