The FBI appealed for help in identifying two men who were suspects in armed bank robberies across the city, reported The Houston Chronicle.

Crime Stoppers offered a reward of up to $5,000 for information leading to the arrest of the duo. The two robbers were suspects in at least three bank robberies in Houston – two in April and one in June. Weapons were fired by the alleged robbers at least one crime scene. 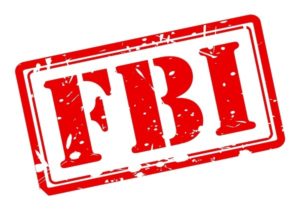 The three bank locations were in different parts of the city from Memorial to Montrose to the Hobby area. The men were armed with pistols and wore masks and baseball caps.

At one bank location one robber guarded the lobby as the other slipped behind the teller counter and stole cash from a drawer, the FBI said. They fled the scene in a stolen silver Hyundai Elantra sedan, which police later found abandoned not far away.

Earlier this year, police sought to find two women who were accused of robbing five banks in the Houston area.

A report on ABC13 stated all of the banks targeted were Chase banks.  In May, the women entered a Chase bank at 19507 North Freeway. They handed the teller a note demanding cash, authorities said. However, they left the North Freeway location empty-handed.

Almost 30 minutes later, FBI investigators believe the same two women entered a Chase bank on 929 East Little York Road. They were able to leave with an undisclosed amount of money.

Bank robbery is a federal crime that carries severe penalties. A bank is defined as any member bank of the Federal Reserve System, and any bank, trust company, banking association, savings bank, or other banking institution operating or organized under the laws of the United States, including a branch or agency of a foreign bank.

If you have been charged with this serious federal crime, call our Tarrant County criminal defense lawyer as soon as possible or contact us here.