Factors that Can Make a Texas Assault Charge More Serious

Assault in Texas is a wide offense. You can be charged with assault if you make a threat that’s taken seriously even if you don’t touch the victim. At the other end of the spectrum, intentionally causing physical injury can also lead to an assault charge.

Some factors can make even a simple assault charge more serious. For instance, a threat is usually a class C misdemeanor. However, this is not always the case.

Even a threat can be a class A misdemeanor if the victim is elderly or disabled. 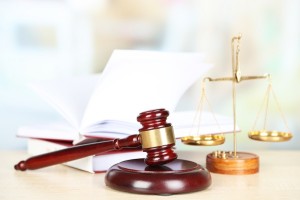 If the person making the threat is aware the victim is a sports official or an athlete who is taking part in a sporting event, he or she can be convicted of a Class B misdemeanor.

When a victim is an elderly person, a disabled person, or a child, an attack can be elevated from a misdemeanor assault to a felony. The level of felony will depend on the seriousness of the injury.

Why Using a Weapon Will Enhance an Assault Charge

If you use a weapon in an assault in Texas, it will enhance the charge.

Anything that is capable of causing bodily injury is considered to be a weapon. Assault with a deadly weapon becomes aggravated assault with a penalty of 2 to 20 years in a Texas prison and/or a fine of up to $10,000.

The offense can be elevated further to a first-degree felony with a penalty of five years to life in jail in a domestic violence case or if the assault is committed against a public official such as a police officer, a security guard or the witness to a crime.

Be aware that Texas law defines weapons liberally. It defines several weapons as deadly weapons including any firearm, a knife, a mace, or a dagger.

If you are a martial arts expert, your hands could constitute a deadly weapon. It’s a law that can be interpreted very liberally.

As an offense, assault covers a wide spectrum ranging from a minor charge to an extremely serious one that can land you in jail for many years.

If you have been charged with assault in Texas, call our experienced Fort Worth criminal defense lawyer at (682) 204-4066 for a free consultation.