Exonerations in the United States Rose Again in 2016

The number of exonerations in the United States reached unprecedented levels in 2016 and Texas again saw more than any other state.

According to a CBS report, no crime was committed in more than half of the exonerations. Many of them related to inaccurate drug tests in Harris County in Texas. The Lone Star State had the most exonerations last year with 58. 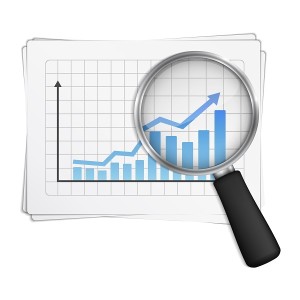 A report from the National Registry of Exonerations found 94 of the 166 exonerations recorded in 2016 came from cases with no crime committed. Almost two thirds of them were related to drug offenses and 16 for sex crimes.

The Registry stated 48 of these cases related to drug crimes in the Houston area.

The convictions of these defendants were dismissed when lab tests found they never possessed illegal substances.

Samuel Gross, the University of Michigan law professor who edits the exoneration reports, said there are few reasons to be positive about last year’s figures. He said more exonerations did not necessarily mean more miscarriages of justice were being discovered. He said:

“What worries us most … is people will say, ‘Oh, exonerations are way up … We’re dealing with this problem. But the number of people convicted of crimes they did not commit who are never exonerated is much greater.”

Why Black People Are Disproportionately Represented in Exonerations

In a companion report, the registry revealed African-Americans were disproportionately represented in the number exonerees last year.

Over the past 28 years, African Americans have comprised half of all murder exonerees, 59 percent of sexual assault exonerees, and 55 percent of those exonerated of drug crimes.

The report said the trend was partially attributable to the number of African-Americans convicted of crimes, Black people make up 33 percent of the prison population serving time for drug offenses and 40 percent of those imprisoned for murder, reported the Chicago Tribune.

Other pertinent factors cited include misidentification by eyewitnesses and a disproportionately high rate of stopping and searching of minorities by police officers.

The 166 people who were exonerated last year is six higher than in 2015, the year with the highest number of exonerations since records began in the late 1980s.

If you have been charged with an offense in Texas, the evidence against you may not be reliable. The Medlin Law Firm would like to hear from you.