Driving at a high speed is one of the surest ways to be stopped by police and tested for a DWI. Police say a speeding DWI suspect was traveling at more than 100 mph when he was stopped in El Paso.

The El Paso Times reported in February on how a driver was accused of speeding over 100 mph. A woman wanted on a theft warrant was arrested for driving while intoxicated during the same weekend.

The report said John James Schilling, 47, of Del Rio, Texas, was spotted driving a Ford F-150. He was allegedly driving at over 100 mph westbound on Interstate 10 when he was spotted by a DWI Task Force officer near Lee Treviño Drive.  The officer pulled over the white pickup near the Geronimo Drive exit.

The police officer claimed Schilling was intoxicated. He was arrested on a DWI charge. He was released from El Paso County Jail on a $600 bond on the same day, according to jail records.

The El Paso Times also reported on the case of Janet Lee Castro, 33. She was arrested by a DWI Task Force officer as she drove a black Nissan Sentra at about 2 a.m. one weekend in February in a center lane of Montana Avenue near Bassett Place. 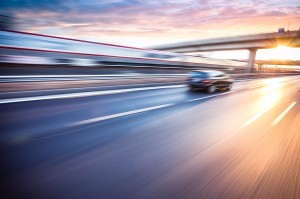 Speeding may trigger a DWI test

Police said she was arrested on suspicion of DWI and on a warrant on a charge of theft over $20,000. Casto was subsequently jailed under a $75,600 bond, police said.

Speeding and braking issues are among the most common factors DWI enforcement officers look for before stopping a motorist.

The National Highway Traffic Safety Administration breaks down the list of visual signs of drunken driving into four major categories of driving behavior. Police say people who exhibit the following driving traits have a 35 percent chance of a driving under the influence of alcohol.

Although these driving characteristics can be indicators of drunk driving, in many cases they are not. Poor driving does not always necessarily equate to drunk driving and police can and do stop drivers for spurious reasons.

At the Medlin Law Firm, we represent many Texas drivers after they have been charged with DWI. Contact us here for a free consultation or call (682) 204-4066.