Driver Arrested in Texas after a 0.0% Blood/Alcohol Breath Test

As an experienced Fort Worth DWI defense attorney, I am sometimes asked if it’s possible to be arrested if your blood/alcohol breath test result is below the legal drunk driving limit.

Although this kind of thing is rare, there are instances when this happened in Texas. In Austin, in 2013 a driver was arrested for driving while intoxicated when he returned a breath test result of 0.0 percent.

The bizarre incident occurred on Jan. 1, 2013. Police in Austin arrested a man who was driving a vintage Buick when he ran a red light, reported Blaze.

Given that the driver blew through a red light on New Year’s Day, police decided to investigate whether he was driving under the influence of alcohol or drugs. 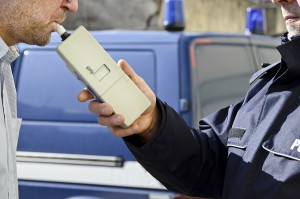 The man, Larry Davis, wanted to clear his name. Media reports stated he blew a blood-alcohol-content of 0.00 percent and was tested for seven different types of drugs. The tests came back negative.

Despite the test result, Davis was arrested for a DWI. The police officer decided his performance on a field sobriety test was below par. The driver spent a night in jail according to report.

The field sobriety test was the “one-leg-stand” test. Davis appeared to need his arms to balance himself.

Police said the circumstances of the case led them to believe a drug like marijuana could have been in Davis’ bloodstream.

Reports suggested as many as 30 percent of drunk driving cases were dismissed by county prosecutors in Austin in 2011 because of unreliable evidence.

Davis faced down criminal charges after a night in the cells. However, questions lingered about why he was arrested in the first place.

It’s not the first time a driver has been arrested with little or no alcohol in his bloodstream.

In 2013, retired firefighter Jessie Thornton sued a police department in Arizona for emotional distress and violation of his civil rights. He was charged with a DUI, despite having a blood/alcohol content of 0.00 percent in a breath test.

Thornton claimed he was unfairly targeted because he was black and racial profiling fueled the arrest.

I have also successfully defended many cases where the blood or breath result was below .08 and I have won all those cases with test results under the legal limit.  There was even one case the DA prosecuted for DWI with a breath test of .02.  That case also resulted in a verdict of not guilty.

These cases highlight how police can and do make wrongful arrests for DWI. If you fear your rights were violated, you should seek vigorous DWI defense from an experienced Fort Worth attorney.

Call the Medlin Law Firm as soon as you are arrested.