Does a Police Officer Have the Right to Search Your Phone?

PLEASE NOTE: We can only service cases inside the state of Texas!

A stand-off between the technology giant Apple and the federal authorities just over a year ago, raised questions about what rights investigators have to retrieve information stored on phones and other electronic devices.

This tussle over the Fourth Amendment followed the mass shooting in San Bernardino, California in December 2015.

FBI investigators sought to compel Apple to provide access to an iPhone which was encrypted. 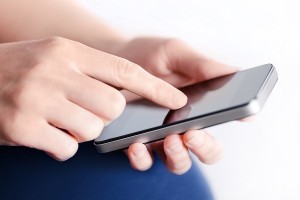 A year ago, a judge ordered Apple to comply with the demands of the feds to help unlock a phone used by one of the two San Bernardino shooters.

The feds filed an ex parte application with the court. It said the type of order it was requesting was within the court’s authority under the All Writs Act

The San Bernardino shooting was viewed as an act of terrorism. The attackers were said to be ‘supporters’ of ISIS.

Apple vowed to fight the decision. Chief executive Tim Cook branded the order an “unprecedented step which threatens the security of our customers.”

The battle was seen as a being a marker to the future of encryption.

The government eventually dropped the case when it found an alternative way to accessing the contents of the phone.

However, the issue is likely to come up in the future. President Donald Trump said during the election campaign that the government has a right to the information.

The All Writs Act allows federal courts to issue orders to third parties when “necessary and appropriate” in a case within their jurisdiction.

These kinds of cases are rare. However, police routinely seek to access contents of people who have been arrested.

Typically, an item on a cell phone is treated like an item in your pocket. Usually, the police require a warrant to conduct a search for it.

However, you should bear in mind.

1 – In a recent case, the U.S. Supreme Court said police officers can search a phone that could be used as a weapon. An example would be if a razor blade was hidden between the phone and the case.

2 – Police can take preventative measures to stop you wiping information from a phone like turning it off or disabling a lock that encrypts the information on the phone.

3 – Given the advances in modern communications, it can take as little as 15 minutes for police to obtain a search warrant.

If you believe your rights have been infringed during an arrest, you should call us at the Medlin Law Firm at (682) 204-4066.