It can take many years for police to get a breakthrough in a cold case. After a wait of more than three decades, investigators say they have finally produced an image of the face of the killer of a woman in Colorado.

A report on Fox News revealed investigators used a process called phenotyping. This relies on using DNA samples taken from a crime scene to piece together the likely face of an alleged killer. It’s a relatively new technique and not all law enforcement professionals are convinced about its effectiveness.

On St. Patrick’s Day in 1987 Spc. Darlene Krashoc, an Army specialist was killed and her body was dumped behind a Korean restaurant in Colorado Springs.

Krashoc was only 20 years old when her assailant sexually assaulted her, bit her and strangled her with a coat hanger and leather straps. Reports said she may also have been tossed from a moving vehicle, according to an autopsy report. 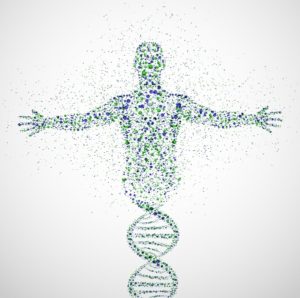 Just over 30 years later, the Army’s Criminal Investigation Command working with a DNA tech company has produced an image purporting to be the face of the killer.

DNA was taken from crime scene evidence in 2003 and, in 2016, Stars and Stripes reported.

The image includes predictors of the suspect’s eye color, hair and even face shape. The Army hopes the image will spark a memory of a man fitting that description.

CID spokesman Christopher Grey said the case was the first time CID has used phenotyping to help its casework. The Army made a strategic decision to link the composite with an award announcement on the anniversary of the killing to trigger feelings of guilt among a suspect or witnesses who have not come forward.

However, CIS stated composites are scientific approximations of appearance rather than exact replicates.

Using DNA Samples for Phenotyping – is it Raising False Hopes?

The Army used DNA data from 27 pieces of evidence which were sent to a private lab called Parabon to undergo phenotyping.

The process uses unidentified DNA to predict appearance and ancestry of the person in question. While the Army has heralded this new development as “state of the art science,” some scientists and police departments are less impressed, reported The Daily Beast.

It quoted Denver homicide detective Jon Priest who is worried that phenotyping technology may give false hope to victims’ families desperate for answers.

The article also quoted scientists who warned the reliability of the technology has never been subjected to critical tests.

We are already concerned about the widespread use of junk science in criminal investigations. It would be unfortunate if another technique resulted in wrongful convictions.

If you have been charged with a crime in Tarrant County, you should speak to an experienced criminal defense lawyer. Contact the Medlin Law Firm for a free initial consultation today.