The Difference Between Burglary and Criminal Trespass in Texas

Our experienced Fort Worth criminal defense lawyers are often asked about the difference between burglary and criminal trespass in Texas.

These two offenses are delated but they are distinct property crimes in Texas. The penalties are different.

You can commit the offense of criminal trespass if you enter and remain on another person’s property. The property is not confined to a residence. It could be a vehicle, a trailer or RV park, farm land or a vehicle.

To commit the offense, the defendant must be aware that entry to the property is forbidden, or he or she must receive notice to depart and fail to leave before criminal trespass charges can be brought. To secure a conviction these elements must be proved beyond all reasonable doubt. 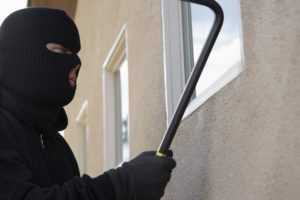 The difference between burglary and criminal trespass

There are some key defenses to criminal trespass in Texas, namely:

Burglary is a more serious offense. It involves a person entering a private residence or building with the intent to commit a felony, a theft or assault.

The Penalties for Burglary and Criminal Trespass in Texas

The penalties for burglary range from at least six months to two years in a state jail and fines up to $10,000 to five years to life in prison.

These are very serious sentences. If you have been charged with either of these crimes, please contact our experienced Tarrant County criminal defense lawyers today.