The department said members of the public were receiving fraudulent calls from people claiming to represent the agency’s Office of Inspector General.

The fraudulent calls were automated in nature. They warned callers that their Social Security numbers were flagged for fraud. The caller was requesting an immediate call back, according to the department.

Those who made the call were told the Google subscriber was not available and they should leave a message, officials said. 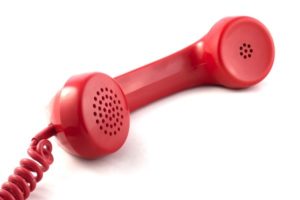 A complaint was filed with the Federal Communications Commission, The Statesman reported.

Inspector General Bruce Toney advised anyone who received a call not to provide personal identifying information in any circumstances and to be alert to similar situations in which criminals are seeking personal information.

Recently, we noted another scam operation in Texas in which callers were pretending to be FBI agents.

The scam went as far as displaying an FBI phone number on the caller ID, reported the Star-Telegram.

The FBI said it never calls up people asking for money. FBI-Dallas spokeswoman Lauren Hagee warned these were fraudulent calls and said people receiving them should hang up immediately and tell law enforcement.

Scammers frequently carefully target the people they call. In some cases, the elderly of the vulnerable are targeted. In Texas, one scam involved university students being called and told they owed delinquent fees on their student loans.

The problem of scammers is so serious in Texas, Attorney General Ken Paxton’s office has published advice on how to identify a scammer. It includes.

1 – Another party made contact. If you deal with someone who contacted you, they know your details from the outset, placing you at an immediate disadvantage. Be wary if you are contacted.

2 – Personal information is requested. Requests for information like your bank account details, social security number or date of birth are often fraudulent. You should not give away such details unless you are certain you are dealing with a trusted entity.

3 – They make you an offer. Offers of incentives or large sums of money are often suspicious. Nobody gives you something for nothing.

4 – You pay them upfront. It’s a well-known trick of scammers to promise you future riches or rewards after you make an investment. Under these scams, the party making the offer will usually vanish after receiving your money.

5 – Your Wire Money. If you have to wire money, it’s a red flag. The Office of the Attorney General points out this tactic is intended to avoid the harsh federal penalties for mail fraud.

If you are charged with fraud, you could be facing a serious penalty. Often people are caught up in federal investigations even if they have done nothing wrong. If this happens you should call on an experienced Fort Worth criminal defense lawyer.