Defenses to Grand and Petty Theft in Texas

To be convicted of a theft offense, the defendant has to have the intent to permanently deprive the owner of their property.

It’s a defense to grand and petty theft in Texas if your defense attorney can show you did not intend to permanently deprive the owner of the property. You may have thought you were allowed to borrow it. Evidence leading to this belief, whether reasonable or not, will be important in court.

Theft does not only have to entail the direct taking of another’s property. If you know the property was already stolen by someone else and you take it, you can be convicted of a theft offense.

An example is a pawn shop owner. If he or she knows an item such as a ring was stolen and takes it, he may be found guilty of theft or larceny.

Under Texas law, the failure to perform an affirmative act such as turning over a properly executed title after a car sale, also known as a pink slip, may lead to a theft charge. 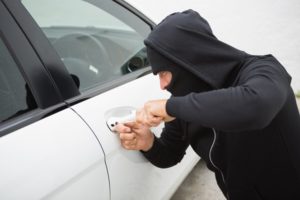 Grand and petty theft in Texas

The seriousness of a theft charge in Texas is linked to the value of the goods stolen. The value does not have to be high to be hit with a charge. It can be any value.

At the other end of the scale, a theft can be a felony of the first degree when the value of the stolen property is $200,000 or more. At this level, the theft offense is punishable by five to 99 years in prison or life imprisonment and/or a fine up to $10,000.

Our law firm uses a number of key strategies in theft cases.  We look closely at the evidence that the district attorney has to determine if any records need to be subpoenaed.

We will also check all past records, video or other recordings. These can be invaluable. They might show a store detective was overzealous and there was not sufficient evidence that an alleged shoplifter intended to permanently deprive the store of merchandise.

The prosecution needs to prove beyond a reasonable doubt that the theft took place. If it can’t there may be a case for a trial because the jury won’t have sufficient proof of the crime.

The Medlin Law Firm will also evaluate the case for legality. For example, the police may have acted illegally in detaining or arresting our client or in interrogating, looking for or gathering evidence.

If you have been charged with theft, act fast. Call our Tarrant County theft defense lawyers today.