The arrest of country singer Randy Travis for DWI in Texas made national headlines last year. Even after he pled guilty to DWI, a legal battle continued about whether dashcam video footage of the incident could be released to the public.

Now a state appeals court has ruled that the footage must be released to the public, Taste of Country has reported.

On Aug. 7, 2012, the singer was arrested in Tioga, Texas, after crashing his car. As well as being arrested on suspicion of DWI, he was also booked for a “retaliation and obstruction” charge. The charge followed a claim he “verbally threatened” a police officer as he was being cuffed. The country singer was reported to be naked at the time of his arrest just before midnight. 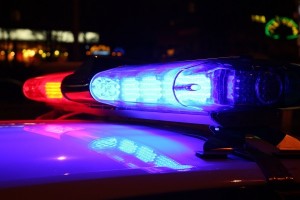 He admitted a DWI in exchange for the obstruction and retaliation charges being dropped, according to reports.

Due to the singer’s celebrity and the unusual circumstances of his arrest, there was considerable interest in the dashcam video from the police car. Requests were made under the Freedom of Information Act for the footage.

The country star filed a lawsuit to prevent the video from going public. However, a judge sided with the office of the Attorney General – at the time Greg Abbott – which argued the footage was a matter of public interest.

Travis appealed to the Austin-based 3rd Court of Appeals. Lawyers acting for the singer argued the video was exempt from release to the public because it depicted Travis suffering from mental and medical conditions.

A report in The Statesman claimed he argued his privacy rights would be infringed because he was sleep-deprived, medicated and suffering from a post-collision condition at the time it was filmed.

During the August hearing, Chief Justice Jeff Rose argued the video did not fall within Texas’ medical exemptions. He said privacy protections are not applicable when actions take place in a public location.

Lawyers acting for Travis plan to appeal the decision to the Texas Supreme Court, claiming the decision impacts the privacy rights of individuals with mental health and medical issues.

Travis suffered a life-threatening stroke almost a year after the DWI incident but plans to return to singing.

The Randy Travis episode highlights how a DWI can be devastating for your career. The criminal and civil courts are usually stacked against the defendant in these cases, even if there is a suggestion that he or she is suffering from a mental illness. This case raises some interesting questions about whether police evidence should be made public.

If you need powerful DWI representation, call The Medlin Law Firm as soon as possible. It’s vital to act quickly in these cases. Contact us by calling (682) 204-4066.