Could Burning the U.S. Flag Become a Crime?

Recent comments by President Donald Trump just weeks before he was sworn into the Oval Office that flag burning should become a crime, alarmed constitutionalists.

A report on NBC warned that Trump was advocating “blatantly illegal” punishments for Americans exercising their free speech under the First Amendment.

As the incoming head of the federal government, Donald Trump’s words matter. 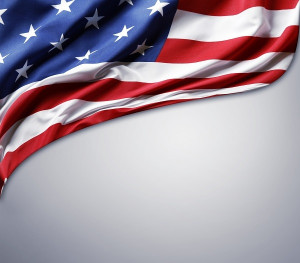 These comments were made via a tweet. Trump went on the social media site Twitter in response to flag burning at a university as the election was protested. He wrote.

“Nobody should be allowed to burn the American flag. If they do, there must be consequences – perhaps loss of citizenship or year in jail!”

A raft of laws would make it almost impossible for flag burners to lose citizenship.

Trump is also on legal quicksand in advocating the jailing of those who burn the flag.

There are no criminal consequences at present for the burning of the American flag. The Supreme Court has ruled flag burning is a form of political expression. In other words, the First Amendment protects such an action, regardless of the view of the President or Congress.

Columbia law professor David Pozen said there are no gray areas when it comes to flag burning.

He said it’s a form of protected speech and the Supreme Court has struck down flag burning laws.

The NBC article states Trump’s threat to strip flag burners of citizenship is even more extreme than bringing in criminal sanctions.

Arizona Republic reported Trump is unlikely to sway the U.S. Supreme Court and would need to replace more than one judge.

Although the Senate almost passed a flag burning law more than a decade ago, failing by just one vote, the Supreme Court has been a staunch defender of the First Amendment.

At the Medlin Law Firm, we are committed to protecting your constitutional rights.