Many defendants are confused about criminal trials and there are numerous misconceptions. On our website, we point out that many people are influenced by trials they see on the TV.

Often people get the beyond reasonable doubt burden of proof confused with the lower one in civil trials. On occasions, we need to help a client understand that in a criminal case the defense does not have anything to prove.

Rather the prosecution has to prove their case against our defendant beyond reasonable doubt. The government will typically bring witnesses to the stand to help them prove their case. Sometimes, we have to help our client to understand that he or she is not required to testify, and has the right to remain silent in a criminal case.

In some criminal cases, there is a lack of evidence such as DNA and it comes down to the word of one party against another. In these cases, it can make sense for our client to testify because the words of a defendant may be enough to instill a reasonable doubt in the minds of jurors.

It’s important to make sure that a client understands that the burden of proof beyond a reasonable doubt is a much higher burden than the civil burden of the preponderance of the evidence. 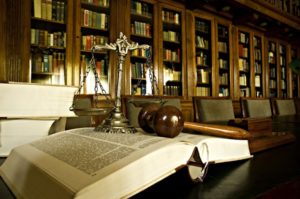 It’s important for a defendant to not give up and rush to plead guilty. On occasions, we can bring witnesses to refute the evidence of prosecutors.

We may be able to show the breath test evidence was flawed in a DWI case because the machine was wrongly calibrated or the police officer failed to follow proper procedure.

One of the biggest misconceptions people who are not involved in trials make about the criminal justice process is the time it takes.

Crime scene investigations do not take a matter of hours or days like on a typical TV episode. They can stretch over months, years, or even decades. Lab results can take months to be analyzed and returned.

It takes a considerable amount of time to investigate a crime scene, check for forensic evidence and fingerprints, to interview witnesses and compile evidence. The investigation itself can be quite lengthy, let alone the arrest and conviction process. It often takes more than a year for a case to reach trial.

Defendants can lose heart if eyewitnesses give evidence against them but this may not be as powerful as they think. Research shown many witnesses don’t have an exact memory of what they saw and their testimony may crumble if they are challenged.

Even expert witnesses may not be infallible. In 2012, the credibility of A.P. Merillat, an expert used by Texas prosecutors seeking the death penalty, was condemned by the state’s highest criminal court. The Texas Tribune reported judges determined Merillat gave false testimony. Two death sentences were reverted to life sentences.

If you have been charged with a criminal offense in Texas, it’s important to contact experienced criminal defense lawyers.