During a summer of high tension over stops of African-Americans by the police, some of them deadly, a controversial police stop in Houston made headlines.

Earledreka White, a woman from Louisiana, was involved in a physical confrontation with a Houston police officer that landed her in jail charged with resisting arrest.

Those charged were dropped in October, the Houston Chronicle reported. 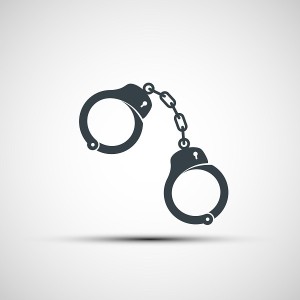 Charges of resisting arrest against Earledreka White were dropped

White’s confrontation with a Metro police officer came to national attention after video footage was released in August.

The incident was in March. However, the video was released not long after two high-profile police killings of black men caught on video. Philando Castile was shot dead by a police officer in Minnesota. The aftermath of the shooting was captured by the victim’s girlfriend on a Facebook Live video.

White has returned to Louisiana but says she is considering suing for violation of civil rights.

She spent two days in the Harris County Jail after the incident in March. She was arrested for resisting arrest.

The 40-minute encounter between White and a police officer received national media attention after a video from a nearby shopping center was released by her attorneys.

The Houston Chronicle story highlighted the parallels between the arrest of White and that of Sandra Bland last year. Bland ended up in jail over a traffic infraction. She was arrested for failing to signal a lane change in Waller County. Bland died three days later in the local jail. The incident was ruled a suicide.

White, a Houston social worker, claimed the officer tried to use a Taser on her and then attempted to break her arm.

The Bland case followed a spate of other encounters between black residents and police. A number of deaths at the hands of police led to the creation of the Black Lives Matter movement.

Cases like that of Bland and White appear to point to clear evidence that black people are more likely to be pulled over for driving infractions than others. Recently, the Washington Post confirmed this is a very real trend. The American Civil Liberties Union refers to it as “racial profiling.”

At the Medlin Law Firm, we take improper arrests and imprisonments very seriously. If you require aggressive criminal defense representation in Fort Worth or the surrounding area, please call us today.