An incident that started as a late night house party in Washington DC more than a decade ago has reached the U.S Supreme Court.

The case of 21 people who were arrested for trespassing reached the highest court in the land in late 2017.

In the case of District of Columbia v. Wesby, the court’s justices heard arguments about whether police violated the Fourth Amendment rights of people they arrested for trespassing after they claimed they were invited to the vacant house on Anacostia Avenue NE.

They will also consider whether confusion about the validity or otherwise of those arrests opened up the officers to personal legal liability.

A report on WAMU stated in the early hours of March 16, 2008, police in Washington DC responded to complaints about a loud party at a house neighbors believed to have been vacant for several months. 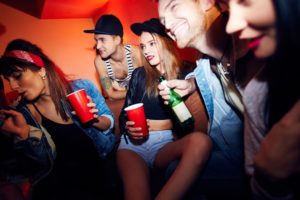 Police said they found 21 people and evidence of activities similar to those “conducted in strip clubs for profit.”

Some of the attendees said it was a birthday party, others a bachelor party. Other attendees said they came with friends or were invited by a woman called Peaches who allegedly lived in the house, although she was not there on the night of the raid.

Police called the home’s owner, who told them that nobody, including Peaches, was allowed in the house. The 21 people were arrested and charged with trespassing. These charges were eventually dropped.

The case mushroomed into an issue of Fourth Amendment rights. Of 21 people who were originally charged, 16 sued the city and the D.C. police department over alleged violations of their rights.

The 16 argued police had no probable cause to arrest them. They said police officers failed to adequately consider their claims that they had no idea Peaches was not allowed to use the house for the party.

The people who were arrested said that since they assumed they were legitimately invited into a house by someone who lived there, they shouldn’t have been arrested or charged with trespassing.

The Washington Post noted the case may ultimately depend on how the justices view the etiquette of house parties and whether or not party guests need to fully vet a host’s invitation.

A federal jury awarded $680,000 in damages to 16 partygoers who filed a suit in a case that eventually reached nearly $1 million with legal costs added.

Washington D.C. appealed to the U.S. Court of Appeals for the D.C. Circuit. There a panel for three judges found that the officers were not immune from legal action over the unlawful arrests. That decision left two police officers and the city on the hook.

At the Medlin Law Firm, we take your Fourth Amendment rights very seriously.