Over the last year, a series of Texas executions have been halted by both the U.S. Supreme Court and the highest court in Texas. In April, the Texas Court of Criminal Appeals halted the execution of Paul Storey just days before it was scheduled.

In a three-page order, the court sent the case back to the Tarrant County trial court to review claims that the prosecution presented false evidence at Storey’s trial.

Back in 2008, Storey, was sentenced to death for the murder of Jonas Cherry two years earlier. Storey was involved in a robbery of a miniature golf course where Cherry worked in Hurst, near Fort Worth. During the trial, the prosecution said that Cherry’s parents wanted the death penalty. It was testimony that may have helped persuade the jury to back a capital murder sentence.

A report in the Texas Tribune said the claim relating to the victim’s parents was not true, according to Storey’s lawyers. 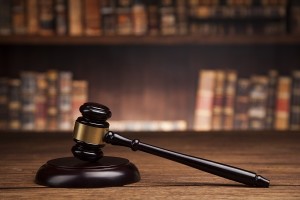 The prosecution said it should go without saying that all of Jonas’ family believed the death penalty was appropriate during the phase of the trial when the sentence was being considered.

Storey and Cherry’s parents, Glenn and Judith, say the claim was untrue. Indeed, the Cherrys wrote to Texas Gov. Greg Abbott, asking for the death sentence against Storey to be changed to life in prison.

They said they never wanted the death penalty and made their views clear to the prosecution, Storey’s appeal stated.

Sven Berger, one of the jurors in Storey’s trial, wrote an affidavit for Storey’s recent appeal. He said he would not have supported the death penalty had he known the true views of the victims’ parents.

The case will go back to the trial court to determine if the fact that the Cherrys opposed the death penalty could have been discovered at an earlier stage by the appellate attorneys.

In recent months, a capital murder sentence has been sent back to a trial court on a number of occasions.

The U.S. Supreme Court sent the case of Duane Buck back to be reconsidered by the trial court after it heard racist testimony by a witness called by the defense may have swayed the jury to impose a death penalty.

Aspects of the death penalty are under fire in Texas. No less than five capital punishment bills were heard in the house including an attempt to overturn the law of parties which means an accessory can be given the same penalty as the principal to a murder.

If you have been charged with murder you are more likely to end up on death row in Texas than anywhere else in the country. Call our Fort Worth criminal defense lawyer for representation today.