You don’t need to be a Texas drug possession lawyer to know about how the state deals harshly with drug offenders, even if they are busted for the possession of small quantities of marijuana.

While states such as Colorado and Washington have legalized marijuana use, it’s still a crime to have pot on you in Texas.

In recent years, legislators have sought to bring in bills to decriminalize marijuana.

However, attempts to make marijuana possession legal have failed to progress in the legislature, although the pressure for change continues. 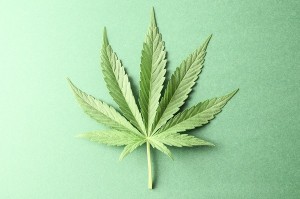 In 2016, the Texas Observer reported on the deliberations of the “Turn Texas Green” panel.

Zoe Russell, a member of the Houston nonprofit Republicans Against Marijuana Prohibition (RAMP), said some Republicans believe marijuana will become legal, pointing to decriminalization policies at the local level.

Two years ago,  Harris County’s Republican district attorney brought in a “First Chance” policy. It allowed people apprehended with small amounts of marijuana on them to be ticketed rather than arrested, as long as they were non-violent offenders.

In 2016, a number of bills intended to legalize pot in Texas failed. However, a new push is likely to 2017.

Texas Senator Jose Menendez has filed a bill to legalize medical marijuana.  The beneficiaries would be people suffering from chronic medical conditions like HIV, cancer and Parkinson’s, among others.

The bill is not specific about legal amounts. A network of private dispensaries would distribute the cannabis to patients.

National pressures may have an impact on Texas. On election day, Nevada, California, Maine, and Massachusetts joined Colorado and Washington in voting to legalize marijuana.

At present, you are still likely to face criminal sanctions if you are caught with pot in most of Texas and should hire a Texas drug possession lawyer.

Possession of two ounces or less or marijuana in Texas is a class B misdemeanor. It can result in a sentence of no more than 180 days in a county jail and/or a fine of not more than $2,000.

If you are caught with more than two ounces but less than four, you can be convicted of a Class A misdemeanor punishable by not more than a year in a county jail and/or a fine of not more than $4,000. A Texas drug possession lawyer can help you if you are charged with possession or marijuana.

Find out more about our drug defense representation here.