Bill Would Make Abortion a Criminal Offense in Texas

Moves to criminalize abortion and various aspect of abortion have continued in the Texas legislature.

No less than 17 anti-abortion bills were filed in the last few months, according to the San Antonio Current.

The report stated all but three of them were filed by men and most are intended to restrict access to a medical procedure for women Many of them entail potential criminal sanctions for women.

One of the most Draconian measures was filed by Rep. Tony Tinderholdt, a Republican from Arlington who proposed hitting women who have abortions and their doctors with a felony charge for criminal homicide for an abortion. 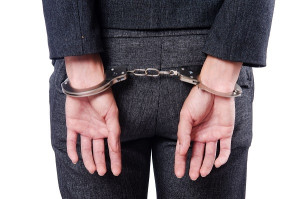 He said the bill would cut down on unwanted pregnancies. House Bill 948 would ban and criminalize abortion at any stage of the process.

State officials would be directed to ignore conflicting federal laws. There would be no exemption for the law for women who were raped, the victims of incest or in the case of fetal abnormalities.

The Texas Observer reported the bill removes the abortion exception in the state’s penal code for criminal homicide. Women and the doctors who carried out the procedure could face charges as serious as murder for the procedure.

A bill proposed by Rep. Matt Schaefer would have made it impossible for women to get an abortion after 20 weeks.

That’s the time when doctors can diagnose fetal abnormalities. Schaefer’s House Bill 87 would prevent a pregnant woman having an abortion after that point, even if the abnormality was severe and irreversible. The abnormalities include down syndrome, and cerebral palsy.

In Texas, the Republican party has pledged to bring in legislation to prevent the “murder of unborn children.”

Last year, the U.S. Supreme Court struck down the HB 2 legislation in Texas. The law placed additional burdens on abortion clinics, requiring they meet hospital-like standards. The measure would have led to the closure of clinics.

At the Medlin Law Firm, we defend people charged with a wide range of crimes. You can read more about our law firm.