Baylor Reports the Most University Sex Assaults in Texas

Given recent controversy at Baylor University, it’s probably no surprise that a survey found more sexual assaults were reported here than at any other university in the state.

The Houston Chronicle reported the large number of incidents noted at Baylor University in Waco.

In 2015, Baylor self-reported 23 rapes and 21 stalking incidents on the campus. Additionally, there were several other sexual crimes noted including six dating violence reports.

The Chronicle linked Baylor’s 56 sexual assault-related crimes that year to its student population of 16,787. 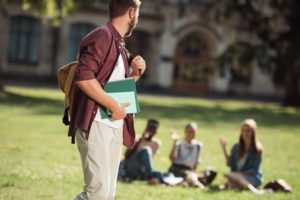 Baylor reported the most sex assaults

The data was compiled under the Clery Act which is named after Jeanne Clery, a student who was raped and murdered at a university in Pennsylvania in 1986.

Baylor’s sexual assault figure for 2015 is more than twice that of Lamar University, the academic institution that recorded the second highest rate of 1.53 crimes per 1,000 students, according to The Chronicle’s analysis.

Baylor has made headlines with a series of ongoing sexual assaults since 2011. In all, 17 female students reported sexual or domestic assault charges against 19 Baylor football players, CBS reported.

The sex assaults scandals swirling around the football team led to the firing of football coach Art Briles in May 2016.  University president Ken Starr resigned shortly afterward. A high profile lawsuit claimed as many as 51 rapes were committed at Baylor by 31 players from 2011 to 2014.

The Clery Act entered the federal statute books in 1990. It requires all universities to make public their annual security report for the previous three years.

Although the Clery Act has brought the issue of sexual assaults on campuses into the open, the stigma remains for many victims. These are high profile cases that attract considerable publicity. It may be difficult for defendants to get a fair trial in these kinds of cases.

Sexual assaults are a crime with a high number of wrongful convictions. Cases are frequently built on uncorroborated witness statements and testimony. If you have been charged with a sexual assault, call our experienced Fort Worth criminal defense team today.