Austin has a police oversight committee. However, the refusal of the police to act on the recommendations of the citizen panel puts the 16-year experiment in jeopardy.

The panel described the action police took over a 25-year-old man as an example of “what not to do” on a mental health call.

The Texas Observer noted Richard Munroe just wanted someone to talk to when he called 911 in the early hours of the morning on July 5, 2015.

The drunk man from Austin described his problems to the dispatcher. He said he spent time in a mental hospital. He inquired whether police could track his address from the call.

On more than one occasion, he said he didn’t want cops to show up. The dispatcher assured him he couldn’t be tracked. 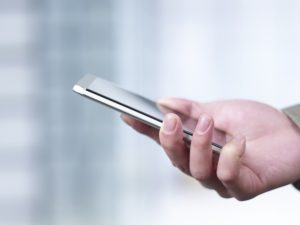 The dispatcher told Munroe it was the correct procedure to call 911 if you have an issue.

Munroe discovered police were outside his door 20 minutes into the call. His dog barked. The Observer reported he grew more agitated when police officers started shouting at him.

Although the dispatcher promised to tell officers to slow it down, one officer rushed Munroe and used a Taser when he came out of the house wielding a BB gun.

The officers said they fired more than 20 bullets toward the residence. Munroe was shot dead.

All three officers who shot Munroe were later cleared by a grand jury. The officers were not even disciplined.

That would have been the end of the story if Austin did not have a Citizen Review Panel that Austin had created 16 years before for an independent look at such incidents.

The panel is meant to identify issues and to make recommendations the department can put in place to prevent future tragedies like that of Richard Munroe.

In relation to Munroe’s case, the panel made as many as 18 recommendations for change.

It called the case “an example of what not to do” during a mental health call.

The panel found the three officers who shot Munroe had a combined experience of just 26 months on the job.

While the police department brought in a helicopter to fly around Munroe’s neighborhood, they never called for a crisis response team or a mental health officer trained to deal with people in emotional distress.

Cops fired dozens of rounds toward Munroe’s house without even knowing if anyone else was inside.

None of the recommendations have been implemented noted the Texas Criminal Justice Coalition.

Review board chair Dominic Gonzales said Munroe’s death should be a teaching moment for the department. Instead, he is bitterly disappointed by the lack of action.

The case may lead to the ending of the citizen panel. The contract was up for renewal in late 2017 and many commentators were dismayed at the way the panel’s recommendations were ignored.

Our Fort Worth criminal defense attorneys are dismayed at the tactics used by some police forces in Texas. Often unconstitutional methods and a failure to use proportional response skews a criminal investigation. Please contact us for a free consultation.