Austin and Round Rock Move Up List as Dangerous Texas Cities

Austin is one of the most popular cities for young professionals. However, it has experienced a violent crime spike in recent years, according to a list of dangerous Texas cities. Round Rock also appears to be becoming more dangerous.

Figures from the Federal Bureau of Investigation’s crime reporting program suggested Austin is now the 17th most dangerous city in Texas.

A report on Associated Press noted violent crime rose 10 percent last year and Austin counted more homicides than it had in years. 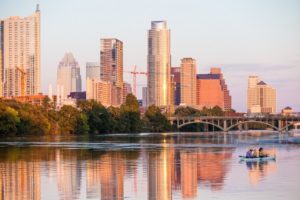 Austin moves up the list of most dangerous cities

Through March 13, 187 robberies were reported, including four banks, 28 businesses, and 155 people. Robbers carried a gun in 92 cases, the Statesman reported. In nine of these robberies, a gun was fired, something police say was rare in the past.

In terms of murder/homicides per 100,000 people, Austin ranks 23rd and Round Rock ranks 25th, reported KVUE.

Fort Worth is another Texas city that has reported elevated levels of violent crime in recent months. The city saw more killings in 2016 we noted on our blog.

Media reports noted violent crime jumped by 14 percent in Fort Worth over the first three months of 2017 and some crimes, such as homicides, soared much higher.

In the first three months of this year, murders were 69-percent higher than a year earlier.

Assistant Police Chief Ken Dean said gang violence is partially to blame for the rising levels of violent crime and police are trying to find new ways to combat it.

If you are charged with a homicide, you could face life in prison or even end up on death row in Texas. It’s vital to hire an experienced Tarrant County criminal defense lawyer as soon as possible.