Concerns that a lack of expertise among county courts judges in Texas is impacting defendants have been expressed by a leading academic.

Lawrence Karson is an assistant professor of criminal justice at the University of Houston-Downtown. In a recent essay in The Houston Chronicle he called for a sweeping change to the county court system in Texas.

In the August issue of the Journal of Criminal Justice and Law, he examined the expertise of judges in Texas’ remote counties. 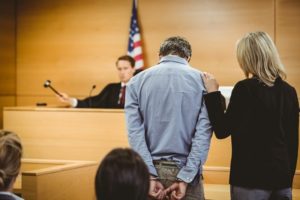 Are defendants getting a fair trial from County Court judges?

These officials perform a wide range of roles. They preside over misdemeanor courts and also serve as county administrators.

They also oversee misdemeanor courts that can impose penalties on defendants for minor crimes, carrying sentences of up to a year in prison.

Karson expressed his concern that county court judges may lack formal legal training in Texas. He pointed out the majority do not hold a law degree. Some have little or no legal training.

Although some of these judges are making the effort to teach themselves the law, others are not, he said. Increasingly, the administration of justice relies on the initiative of the judges themselves. Karson said:

“We don’t do that with attorneys coming out of law school. We require them to take a bar exam.”

He said the state requires more training for deputies working as jailers than it does judges.

He warned defendants may be losing out by being exposed to poor legal practices and potential conflicts of interest. Karson pointed out county judges who handle big caseloads stand to receive a $25,000 bonus from the state.

Karson said he wants more “courts at law” to be set up in Texas, bringing trained attorneys into the court system in rural areas.

The academic’s criticism followed concern expressed last year by the Austin American-Statesman  which found the Texas county court system was subject to little oversight, was open to exploitation and was wasting large amounts of taxpayer money.

Additional training for county court judges would require increased funding at state level. However, Karson said legislators appear to have other priorities.

If you have been charged with a crime in the Fort Worth area, please contact our experienced criminal defense lawyer. Read more about the Medlin Law Firm here.