Animal Cruelty offenses have been strengthened in recent years in Texas. On occasions, these cases make headlines.

Earlier this year, police arrested a man who was charged with stabbing a dog to death behind a business in Irving, Texas.

A CBS news channel, reported that Joseph Ray Schell, 60 was hit with a charge of Cruelty to Nonlivestock Animals in March. The report said the alleged offense took place on Feb. 26. 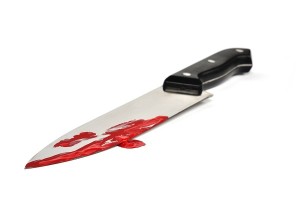 Texas man is accused of stabbing a dog to death

The police report claimed a pit bull mix dog was tied to a dumpster, stabbed several times and left to die in the 1800 block of West Irving Boulevard.

Police said the incident was caught on surveillance cameras behind the business. The allegation said the dog did nothing to provoke the defendant. Police Spokesman James McLellan said:

“He seems fairly calculated and almost like some forethought went into this and some planning. In the surveillance video he seems quite calm as if he was just out walking his dog.”

Cases of animal cruelty like the one in Irving often shock and appall the public. However, Texas now has some strict animal cruelty laws. Some opponents claim they go too far, citing cases of people who have shot menacing dogs dead and faced felony charges.

Animal cruelty offenses were treated as misdemeanors before the enactment of “Loco’s Law” in 2001. The law was named after a puppy whose eyes were intentionally gouged out.

The SPCA points out on its website that Texas’ animal cruelty laws are narrowly defined and apply to domesticated animals rather than wildlife.

These animals are defined as house pets and livestock. They are pets, farm animals or previously wild animals that were captured and are now under control.

Texas also has civil laws that are wider in definition, meaning action can be taken when criminal charges could not be brought. If you have been charged with animal cruelty, you can be facing a serious felony that can land you in jail.

It makes sense to hire an experienced Fort Worth criminal defense lawyer as soon as you can.