Is Drug Possession A Felony?

The answer is that it depends. What drug were you in possession of? How much did you have? And are there additional factors a prosecutor may take into account when deciding the sentence? Let’s look at some of the most common scenarios. 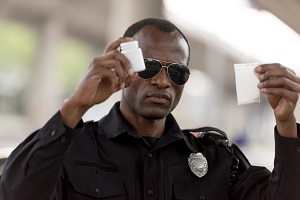 If you have less than two ounces of marijuana on you, this is not a felony but a class B misdemeanor. This can result in up to 180 days in jail and a fine of up to 2,000 dollars. But it is not a felony conviction. If you have two to four ounces of marijuana, it becomes a class A misdemeanor. This is similar in severity to burglarizing a car or a second DWI offense in the state of Texas. If you possess drug paraphernalia but not the drugs themselves, such as being found with a crack pipe but not crack cocaine, it is a class C misdemeanor.

Possession of other types of drugs results in either a Class A or Class B misdemeanor. This comes with up to one year in prison. A fine of up to four thousand dollars can be tacked on. Possessing painkillers without a prescription can result in a misdemeanor charge, too.

Age is a major factor in the outcome of these cases. For example, a minor who possesses alcohol or tobacco or is publicly intoxicated for any reason will generally be found guilty of a class C misdemeanor. This is about as severe as a traffic ticket.

Being Found with a Large Quantity of Drugs

Is drug possession a felony? The answer is almost always yes if it is a large amount, but that determination then depends on the type of drugs you have. If you have several ounces of cannabis, it is a low-level misdemeanor. For drugs like heroin or cocaine, having just 400 grams of it can result in a felony. The penalties are far greater if you’re selling the drugs. You could be hit with a first-degree felony for drug possession with intent to distribute in addition to the misdemeanor for the possession of the drugs.

Having or selling between five and fifty pounds of cannabis is a second-degree felony. This could result in a prison sentence of two to twenty years as well as a fine of up to 10,000 dollars. This is considered as serious as indecent contact with a child or human trafficking.

The Potential Impact of State Felonies

State felonies can result in prison time of 180 days to 2 years in state prison. Carrying less than a gram of certain illegal drugs like crack cocaine will result in a state felony conviction.

A conviction for theft is a state felony if you steal something worth between 2,500 and 30,000 dollars – including illegal drugs. If you used or flashed a deadly weapon while committing a state felony, the offense can be upgraded to a third-degree felony. For example, a coyote who has been found guilty of human trafficking before can be found guilty of a felony if they’re now trying to smuggle drugs into the country. Pull out a gun to try to prevent the cops from entering in order to search for drugs, and it is now a third-degree felony at a minimum.