What Is An Ignition Interlock Device (IID) & How Does It Work?

An ignition interlock device (IID) is a device that prohibits a driver from starting their automobile after consuming alcohol. The IID essentially inhibits the signal from the ignition to the starter when the automobile is first started until the driver provides a breath sample.

In order to achieve this, a small portable device located near the driver’s seat must be blown into. If the alcohol detector does not detect any alcohol, the engine will start normally. If alcohol is discovered in the system, the automobile will not start.

Furthermore, while the vehicle is in motion, the device will randomly request a breath sample from the driver. It is possible that the automobile will not stop if alcohol is discovered since it may be unsafe. Instead, the IID will issue a warning to the driver to pull over and come to a complete stop. This will result in an alarm, with the headlights flashing on and off or the horn blasting, if this is not done. Once the automobile has come to a full stop, the process will repeat itself once more.

The fact that all of the driver’s breath samples are documented and made accessible to the court should not be underestimated. This suggests that if the driver has consumed alcoholic beverages and tries to operate a motor vehicle, they will be subject to further penalties.

Finally, the IID is equipped with a camera. This ensures that the person who provides the breath sample is in fact the driver and not someone other than him or her. 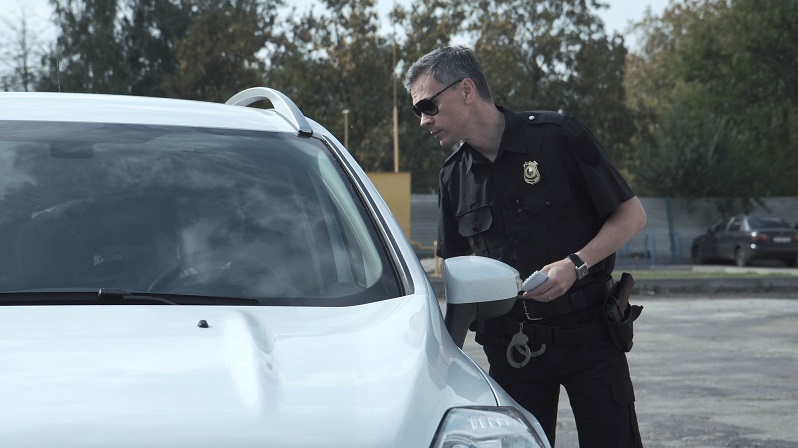 Ignition Interlock Devices: A Brief Overview Of Their History

In the mid-1980s, a number of states started testing interlock devices; California was the first state to adopt legislation allowing the use of interlocks (DeYoung, Tashima, and Masten, 2005). The National Highway Traffic Safety Administration (NHTSA) issued the first set of rules in 1992.

In recent years, as the effectiveness of licensing penalties has diminished, more-effective devices have been accessible, and states have sought more focused punishments than automobile impoundment, interlock programs have grown in popularity as a result (Marques, Voas, et al., 2010). The Ignition Interlock Devices Act of 2015 was passed in 2015.

Texas Governor Greg Abbott signed new legislation in 2015 that overhauled many Texas DWI rules relating to ignition interlock devices, including those dealing with driving under the influence.

Unless an interlock device is in use, anybody who has had their license suspended for DWI is prohibited from operating a motor vehicle under the terms of this new legislation, which is effective immediately.

While Texas’ DWI ignition interlock legislation seems to be restrictive at first glance, it has actually made it easier for those who have been convicted of DWI to drive while their license has been revoked in the state.

It is a compendium of 10 evaluations of interlock programs that have been conducted in North America. When compared to similar offenders who do not utilize interlocks, interlocks cut DWI recidivism by at least half, and in some cases by as much as 100%.

Following the removal of the interlock, the advantages were basically gone, with recidivism rates for interlock and comparison drivers being equal to one another. A survey of 11 completed research projects and three ongoing studies came up with conclusions that were comparable.

There is a downside to interlock research in that study participants are not always randomly assigned to interlock or non-interlock groups, and as a result, there may be considerable differences across groups. When it comes to preventing drunk driving, however, the majority of evidence indicates that interlocks are a successful strategy as long as they are in place.

What Is The Process Of Law?

An individual whose license had been suspended after being convicted of DWI could not drive before the new legislation went into effect. There was just one exception: when a person sought from the court a license to practice a profession.

Obtaining an occupational license was a time-consuming and complicated process. It was necessary for the driver to wait a certain amount of time before applying for a license. They also had to demonstrate to the court that driving was required for their work or schooling. Even in such a circumstance, the petition may be denied if it is determined that it is not in the best interests of public safety to proceed. Even if the petition was granted, the privilege to drive would be limited to a certain number of hours per day and on specific days of the week, if at all.

A number of drivers convicted of DWI were able to continue driving despite the suspension of their licenses. Overall, the Act as written did not achieve the goals for which it was designed.

The following are the requirements that must be met by someone who has been convicted of DWI and has had their driving privileges suspended:

They no longer have to wait for a court to grant them an occupational license and hope that the judge finds that driving is required for their career or study. They may begin driving immediately. Simply installing the IID on their own money and providing proof of this to the court is all that is required of them.

A driver who is convicted of a first-time DWI with a blood alcohol content (BAC) of less than.15 is exempt from having an IID installed. They have the option of rejecting the device and accepting a hard license suspension in its place. Drivers who have had a second DWI conviction within ten years of their first conviction, or who have a blood alcohol content (BAC) of.15 or above, are ineligible for this program. These drivers will be required to have an IID installed in their vehicle.

If you are a first-time offender, the process of having an IID installed so that you may drive is rather straightforward. It is ordered by the court that only vehicles equipped with an IID may be operated by a driver. Once the order has been duplicated and sent to the Texas Department of Public Safety, it is considered complete. The DPS then notifies the motorist that their regular driver’s license has been revoked as a result of the violation. 30 days after the delivery of the cancelation notice, the cancelation becomes effective.

Prior to the expiry of the 30-day period, the driver must have an IID installed on their vehicle by a DPS-certified installation facility before driving away. The Texas Department of Public Safety maintains a list of certified IID installers. If you’re looking to install an IID in the Dallas area, Smart Start or Drager are both feasible alternatives. Both companies are based in the United States and specialize in the installation, calibration, and monitoring of IID devices on a nationwide scale. 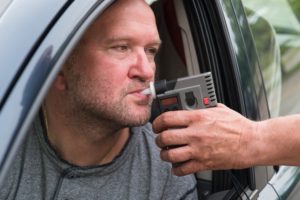 The cost of an IID is determined by a variety of factors, including the make, model, and year of the vehicle in question, as well as the length of time the IID will be in place on the vehicle. According to MADD, an IID will cost between $70 and $150 to install, and between $60 and $80 each month to monitor and calibrate it.

An IID payment plan of not more than twice the length of time that a motorist is required to have the IID installed may be ordered by a court if a judge determines that the motorist cannot afford to pay for the IID.

Following the installation of the device, the driver may submit an application to the DPS for a limited interlock license by completing the appropriate paperwork and paying the applicable fees.

What Offenders Should Be Aware Of About IID

If you have an ignition interlock device, you may be able to drive immediately after a DWI.

A first-time DWI conviction in Texas will result in you losing your driver’s license for a period ranging from ninety days to a full year. The installation of an ignition interlock device may allow you to avoid a driver’s license suspension and start driving soon after the incident occurs.

If you do not plan to drive, you are not obliged to install an ignition interlock device on your vehicle.

In Texas, you have thirty days to complete the installation of your ignition interlock.

To be able to drive after a DWI conviction in Texas, you must first apply for a limited license. You must complete the installation of your ignition interlock device and pay all associated costs within thirty days in order to be eligible for that restricted driver’s license.

The Texas ignition interlock program has now been in place since last year, and it is expected to result in a considerable reduction in the number of repeat DWI convictions in the state. If you have been arrested for driving while intoxicated, you should call The Medlin Law Firm for experienced guidance and representation.

Ignition Interlock Devices: What You Should Expect To Pay

An IID payment plan of not more than twice the length of time that a motorist is required to have the IID installed may be ordered by a court if a judge determines that the motorist cannot afford to pay for the IID.

Following the installation of the device, the driver may submit an application to the DPS for a limited interlock license by completing the appropriate paperwork and paying the applicable fees.

When Does A DWI Become A Felony