Types Of Felonies In TX

In the state of Texas, there are five different types of felonies, according to Texas Penal Code, Sec. 12.04 . We’re going to provide an overview of the five main types, though this list is by no means all-inclusive. However, in every case, you want to work with a good attorney rather than face the potential penalties, given their severity.

A first-degree felony has at least a five-year sentence. It could be as long as 99 years or life. They may sentence you to life because a 99-year sentence could become 20 to 30 years with good behavior and parole. With a life sentence, you never get out no longer how long as you live. You could be hit with an additional fine of up to ten thousand dollars.

A second-degree felony could result in 24 months to 20 years in prison. Second-degree felonies include arson, robbery, aggravated assault, and manslaughter. The convict could also be hit with a fine of up to ten thousand dollars.

These are among the lesser felonies. They come with a jail term of two to ten years and the same 10K maximum fine that other felonies can result in. Crimes in this category include stalking, tampering with evidence, and indecent exposure to a child. 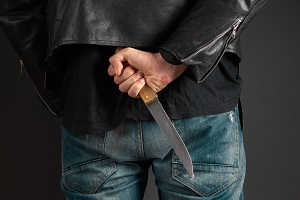 State felonies are the least severe of all felonies. They come with a sentence of 180 days to 2 years in prison. The fines can be as high as ten thousand dollars. State felonies in Texas include criminally negligent homicide, check forgery, child endangerment DWI possession of 4 ounces to 5 pounds of cannabis, and theft of 3,000 to 30,000 dollars. One quirk in Texas law is that any crime listed as a felony in state statute that doesn’t specify a degree is classified as a state felony.

State felonies are a felony, but they’re considered less severe than other offenses. With a good attorney, you may be able to negotiate the charges down to a Class A misdemeanor. Judges can also choose to shorten the jail sentence to as little as a year.

If the defendant has been convicted of two prior penalties, used a deadly weapon during the crime or has certain other convictions, their state felony may be upped to a third-degree felony.

Another difference between state felonies and misdemeanors is that they result in time in a prison run by the Texas Department of Criminal justice. If you’re found guilty of a misdemeanor, you will probably serve in county jail.

One interesting characteristic of state felonies is that there is no parole. However, you can get good time credits that could shorten a jail sentence by up to twenty percent.

Capital felonies are the only types of felonies that come with the death penalty. The only offenses in Texas classified as capital felonies are capital murder. Capital murder traditionally referred to killing someone you robbed so they couldn’t testify against you. However, it includes murder in conjunction with other felonies. For example, killing a rape victim can result in a capital felony charge and your execution. This category also includes the murder of a public safety officer.

Being found guilty of a capital felony is not an instant death sentence. The more common sentence is life in prison without parole.