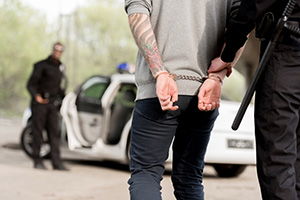 Our client was in Fort Worth for a motorcycle rally and was wearing the cut of a particular gang that is considered an organized criminal organization. He was pulled over for failing to signal at a stop sign and was later arrested for unlawful carry of weapon (UCW). The only reason the carrying of the gun was considered unlawful was because of the alleged participation in a criminal street gang. We convinced the DA that merely wearing a cut belonging to a potential criminal street gang was not enough to document our client as a gang member without any other proof. The DA then dismissed our client’s case without any conditions and our client did not have to pay fines or court costs.