Fraud Use/Possess ID/Info of Elderly, Fort Worth – Found Not Guilty by Jury 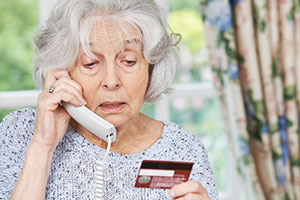 Our client was accused of stealing her mother’s identity and opening up several credit cards in her name. She ended up being accused of 5 criminal charges. Our client’s mother is an elderly woman who the state thought was a credible witness and would be sympathetic to a jury. The client works for the IRS and has built a career in accounting that required government clearance to access certain information. Any guilty plea would have cost our client her job & retirement. While the case was pending, we went through hundreds of pages of credit card records, several witness interviews, police reports, and because of the alleged victim’s age, even had a deposition. Although there was a lot of circumstantial evidence, we did not believe there was enough to find our client guilty of these 5 allegations. We wanted to fight for our client and her career, so we went to trial. At trial, all the evidence was presented to a jury over the course of four days. After all the evidence was presented and arguments were made, the jury found her NOT GUILTY of four of the allegations and the state DISMISSED the fifth. Our client was able to keep her job, keep her retirement, and have the future she wanted before she was arrested.