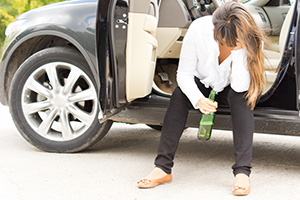 Multiple 911 calls were made because of our client’s driving. According to the testimony, she hit the curb twice, drove into oncoming traffic, and drove through an electrical pole and a mailbox. At trial, 2 of the civilian witnesses were called by the State to testify about our client’s intoxication. They described her driving behavior and her being ‘definitely impaired.’ The police officer testified as well about our client smelling like a strong odor of alcohol, having bloodshot eyes, swayed balance, and slurred speech. The officer also testified that not only did our client fail field sobriety tests, but she was even walking backwards at one point. The State introduced the video to the jury showing as much to prove our client was intoxicated. Our client consented to a blood draw and the results came back at .163.

At trial, we were able to keep the blood out because of errors the State had made in their designation of experts and show the jury that the State had not proved their case beyond a reasonable doubt. They found our client NOT GUILTY of DWI!