The most obvious benefit of holding a Green Card, which you may already be aware of, is that it permits you to continue living in the U. S. But it’s worth looking into this more closely to see what it certainly gives.

The advantages of possessing a Green Card might not always change, but the rules and laws can. To ensure you’re following the rules when applying for a Green Card, it’s essential to have basic knowledge of its history, significance, and importance to your daily life.

What Is A Green Card? 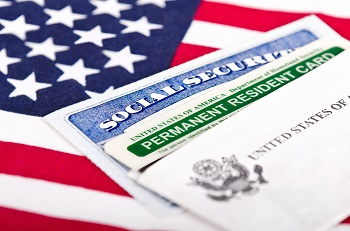 The owner of a Green Card can stay in the U.S., including Fort Worth TX, and continuously work. In addition, the well-known immigrant visa, called a Green Card, also provides the bearer with nearly all of the same rights as a U.S. citizen.

All permanent residents 18 years or older should carry their Green Card under all circumstances, failing which they risk a fine or detention. The alternative penalties are a $100 fine or 30 days in jail. In addition, except for the ones issued between 1979 and 1989, which never expire, the cards must be reissued once they expire after ten years.

Definition Of The Green Card

Lawful Permanent Resident Card, also called Form I-551, is the official name of the U.S. Green Card. Anybody who obtains the strict U.S. immigrant visa – whether through the Green Card Lottery or any other application processing – is given unlimited authorization to work and reside in the United States of America.

When dealing with the issuing authority, the U.S. New Green Card applications are specifically referred to as “Applicant” or “Beneficiary” by the Citizenship and Immigration Services. LPR, or “Legitimate Permanent Residents,” are individuals who possess a Green Card legitimately.

The Green Card, which can be received after registration, allows U.S. citizens to freely pick their work location and residency. At the same time, they can enter and exit the country conveniently and study at a significantly lower price.

The Green Card is the sole long-term method of immigration to the U.S., unlike other U.S. visas. However, a Legitimate Permanent Residence is valid for life, which justifies everything.

While temporary work visas permit you to continue working in the U.S. for a limited period, they also come with a permanent risk when they lapse.

An Outline Of The Green Card’s History

The U.S. has long been the world’s leading country for immigration. The United States was open to countless numbers of immigrants from around the globe during the 19th and early 20th centuries.

In the United States, following the American Civil War, the Supreme Court created the initial modifications. After that, in 1933, the “U.S. Immigration and Naturalization Service Service” was formed.

Following World War II, the U.S. Congress enacted the Alien Registration Act, defining the first concrete guidelines for immigration to the United States. This legislation laid the groundwork for the current Green Card.

One of the initial decisions was to examine all immigrants coming into the country and provide them with an I.D. card. The issued paperwork was bright green and was called an “Alien Card” or “Alien Registration Receipt Card” at the time. This is the source of the name “Green Card.”

The U.S. administration chose in 2010 to switch to a green design for the Green Card after having been created for several years in various colors (first yellow, then pinkish, then purple-blue).

The Benefits Of Owning A Green Card

A US Green Card holder has most of the same entitlements as an American citizen. These comprise of:

How To Apply For A Green Card?

The only method of obtaining a U.S. Green Card is:

Given how difficult it is for foreign nationals to get regular employment in the U.S., the Green Card Lottery symbolizes their only hope to live carefree lives abroad.

Every year, the U.S. administration draws off 55,000 Green Cards from around the world in the Green Card Raffle. Although there is a decent chance of winning, many applicants are refused entry from the lottery because they must submit their documents in the appropriate format. In addition, U.S. regulators will disqualify you for even the tiniest mistakes.

Another issue is that the U.S. government needs to advise a Green Card candidate who has been rejected, let alone clarify why. This is why many Green Card Lottery candidates persist in making the same mistake year after year without really recognizing it.

Do Holders Of Green Cards Need To Immigrate?

The Green Card is meant to enable someone to change their life’s center to the USA continuously. However, there are countless things to do when the American dream surprisingly comes true. The U.S. government is well aware of this and gives Green Card applicants substantial time to gradually relocate their lifestyles to the country.

Traveling between the U.S., including Fort Worth TX, and the native country is typically not an issue, notably in the first few years. However, as a bearer of a Green Card, you must note that you are not authorized to be outside the USA for more than 12 months at a time, as this will invalidate your Green Card status.

Green Card As An Identification Card 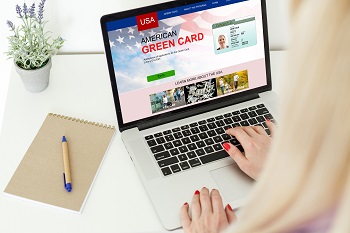 A Green Card holder’s duty to always carry their card while in the country stands in contrast to their considerable rights and privileges.

The physical Green Card determines your status as a lawful permanent resident. Consequently, replacing your Green Card is essential if it is stolen, lost, or destroyed.

You will typically be required to provide your Green Card when you want to open an account, get a driver’s license, or apply for employment in the U.S., primarily in Fort Worth TX.

When Does A Green Card Expire?

Your residence and work visas in the USA are lifelong if you are a lawful permanent resident. Nevertheless, the actual Green Card, which functions as an identity document, only lasts for ten years and must be replaced on a timetable.

Using USCIS Application I-90, you must initiate the renewal procedures at least six months before your Green Card expires.

It should be emphasized that your right to remain in the U.S. legally has nothing to do with the validity of your actual Green Card.

Your Green Card’s validity may terminate under certain circumstances. These include, for instance:

Obtain A Green Card & Citizenship In The U.S.

After five years, owners of Green Cards can become citizens of the U.S. You need only wait three years if you are married to a U.S. resident. The necessary conditions for U.S. citizenship usually involve the following:

Living Without A Green Card In The U.S.

Residing in the U.S. without a Green Card is possible, but the procedure is often complicated by timelines, barriers, additional costs, and financial restrictions. Even if you have a legal work permit that can technically be extended, you could still lose everything. Click here.

With a Green Card, one can plan life in the U.S. It is the key to unlocking doors for you to receive a loan, a steady job, a driver’s license, or your property.

You are safe as an LPR also during times of crisis when provisional visas are frequently not reissued. Aid is only provided to U.S. nationals and Green Card holders.

People need help preparing a Green Card petition. The paperwork is challenging to manage, and the law is sophisticated. Consider consulting with a lawyer to seek guidance and find out what you could do to decrease the chances that your application will be denied. Also, discover more about additional expenses.

For petitioners residing in Fort Worth TX, you might receive better assistance with your Green Card petitions from the Medlin Law Firm.