Do you dream of having a citizenship of the United States? For an increasing number of people, it is their goal to become U.S. citizens. However, due to high immigration numbers, the process can be lengthy and difficult. The requirements may also seem confusing at times.

Each year, over a million people come to the country as refugees, asylum seekers, and lawful permanent residents. In addition to that, hundreds of thousands of foreign-born individuals become citizens every year. The U.S. is one of the most generous countries for immigration because it accepts people of various races, ethnicities, and religions.

There are a wide variety of requirements to become a citizen of the United States. These are not the same for everyone, but these are some that are common to most people seeking citizenship. 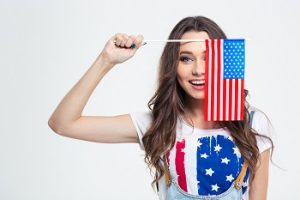 So you are planning on becoming an American Citizen. Maybe you have a friend who’s gone through this process and you’ve been watching their Facebook posts. But becoming a citizen of the United States isn’t as easy as 123. It isn’t just about opening an account, filling out forms, and paying the fee. Unfortunately, there’s more to it than that. Here’s a quick rundown of the main requirements for naturalization in the United States.

The applicant must be age 18 or older at the time of filing for naturalization. That means that if you’re younger than 18 years old now, you’ll have to wait until after you turn 18 before you can officially apply to be an American citizen.

You can apply to become a citizen of the U.S. after five years of continuous residence in the United States. This means that you have not left the country for more than six months or had your status lapsed during those five years. Continuous residence is the concept of having a home in the United States within the period of time the statute requires.

Another requirement is that you must be morally upright. You must establish good moral character by showing that you have not been convicted of certain crimes and do not have any current criminal charges against you.

Aside from that, you must swear your allegiance to the United States. That means you are well-informed about the history and Government of this country. At the same time, display an attachment to the principles as embodied in the U.S. Constitution and laws.

If you’re over the age of 18 and have been living in the United States for five years or more, one of the requirements is that you have to be able to speak and understand English. Citizenship applicants with physical or developmental handicaps that have lasted for at least 12 months are exempt from the English and civics requirements.

Another requirement is that you must be able to pass a test on U.S. history and Government. Again, this might seem difficult at first glance. But it’s not as challenging as you think. There are many resources available that can help you study so that when it comes time to take your test, you’ll feel confident about your ability to pass it with flying colors.

Immigration lawyers in Fort Worth TX can offer a wide range of services to help you prepare for your citizenship test. Their experienced staff can walk you through the process and study for the English and civics portions of the test. Moreover, they can assist you in practicing your interview skills. They can even provide assistance with filing your application and scheduling an appointment with USCIS.

Once all of these requirements are met and completed, then there are just two more steps: taking an oath ceremony and swearing allegiance to the United States of America. Again, these may seem like daunting tasks at first glance—but once again, there are plenty of resources available in Fort Worth TX. Immigration lawyers can walk you through each step in detail.

There are people who would agree that the United States is a beautiful country, but it’s not all red, white, and blue. There are many requirements for citizenship, and they’re not all the same. However, those criteria are modified by the exceptional provisions.

Some people think that they have to be born in the United States to become citizens, but this isn’t always the case. In fact, there are several different ways to become a citizen of America.

There are certain requirements that you must meet before you can become a citizen of the United States. However, these requirements vary depending on what type of Visa you currently hold and how long you’ve been living in America.

For Spouses Of U.S. Citizens

If you’re a US citizen and want to sponsor your non-citizen spouse, parent, or children to become US citizens, it’s not a simple process. For example, if you’re an American citizen and want to sponsor your spouse who is currently in the United States illegally, you’ll need to wait until they get their Green Card before applying for citizenship. It’s a good idea to consult with an immigration lawyer before filing an application.

For Children Of U.S. Citizens

If you’re an American citizen and want to sponsor your children who are currently living abroad, there are some additional steps you need to take to apply for citizenship.

An applicant must fulfill a variety of conditions and qualifications to become a citizen of the United States. These consist of the following.

Being a citizen can be a quick and convenient process for those in the military. In terms of residency and physical presence in the United States, there are certain exceptions to the standard rules.

Children of eligible military personnel may become citizens without being physically present in the country. Aside from that, eligible servicemen and their families might be able to apply for the process from abroad. 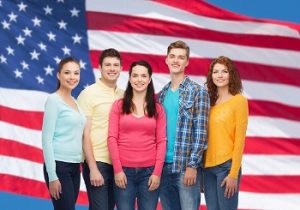 U.S. citizenship is the dream of some immigrants who are looking for a more prosperous future for themselves and their families. People from different parts of the globe are trying to immigrate to the U.S. If you’re looking to apply for U.S. citizenship, you’ve come to the right place.

This is a big decision. You might be feeling overwhelmed by all the forms and paperwork. You may be confused not knowing where to start or how to fill out each one correctly without making mistakes that could cost you your residency status. That’s why immigration lawyers can guide you in everything you must know about applying for citizenship and becoming a legal U.S. citizen.

The process of becoming a citizen is exciting and rewarding. But it can also be a little confusing. That’s where experienced immigration attorneys in Fort Worth TX come in. They can walk you through the process step by step so that you feel confident about your path forward.

The Medlin Law Firm helps people like you get through the process of applying for U.S. citizenship. Their team has years of experience helping people get through their legal cases. They have a record of success that will make you feel confident in your citizenship application process.