Prostitution is a misdemeanor in Fort Worth, a conviction for which could lead to fines and even jail time. If a person receives multiple convictions, the penalties for prostitution can become severe. There are, however, some defenses to this crime.

If you are charged with prostitution, a Fort Worth prostitution lawyer could help minimize the consequences of such a charge, perhaps preventing the court from administering a jail sentence. Furthermore, a skilled attorney may be able to raise a statutory defense depending on the circumstances, which may help their client achieve a more positive outcome to their case. 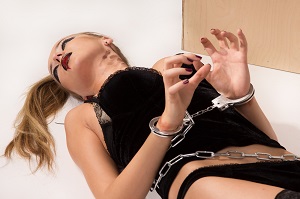 Texas Penal Code §43.02 enumerates two ways in which a person can commit the Class B misdemeanor crime of prostitution. The first is if a person offers, agrees to engage in, or engages in sexual conduct in exchange for a fee, and the second is it can be proven someone committed the previous actions based on a receipt of payment already made. The key distinction between the two forms of prostitution is that in the first instance, a person can commit the crime of prostitution without actually receiving or being offered any money.

As a Class B misdemeanor, a conviction on prostitution charges could lead to a maximum fine of $2,000 and a maximum jail term of 180 days. There is no minimum penalty for this crime, but a prostitution attorney in Fort Worth could potentially help minimize any consequences for a first-time prostitution conviction.

As per Texas Penal Code &sect; 43.04, a person is said to have committed this offense if he/she owns, invests, controls, finances, manages, or supervises a prostitution enterprise with more than one prostitute. Aggravated promotion of prostitution can either be a first degree or third-degree felony.

Prostitution or related charges in Fort Worth are argued in the County Criminal Courts. If you/a family member are facing felony prostitution charges, the case will go through an indictment process. If indicted, the case will be assigned to a Criminal District Court.

Alleged offenders must go to court on several occasions before cases are resolved. The first instance can take place weeks after arrest. The process can take six weeks or longer for felony charges. Your lawyer is tasked with negotiating your case with prosecutors. If a deal isn’t reached, your case proceeds to trial.

If you are facing prostitution charges in Fort Worth, Call Us Now. We can discuss your case and potential defenses.

There are two statutory affirmative defenses to the crime of prostitution. An affirmative defense is one in which a defendant does not deny committing the illegal act, but nevertheless argues that they should be found not guilty due to some mitigating factor.

The first mitigating factor which would exonerate a defendant facing a prostitution charge is if the defendant is a victim of human trafficking. The second affirmative defense to prostitution is coercion—that is, the defendant was coerced by force, threat of force, or induced by fraud to commit an act of prostitution. If either of these circumstances apply to a defendant’s case, their Fort Worth prostitution lawyer could use them as grounds to argue for a dismissal of charges.

Why do I need a Fort Worth Prostitution Lawyer to help me?

Well, the best way to avoid the horrors of prostitution and related criminal convictions is to challenge the charges. Many innocent people are falsely accused of prostitution. Most of these people face serious problems like fines, jail time, and damage to their reputation because they were embarrassed to fight those charges in court.

While there’s a reason to fear social stigma related to prostitution charges, pleading guilty isn’t in your best interest. You need a lawyer to fight your charges or have those charges dropped. You also need a lawyer to negotiate a lesser charge. A prostitution lawyer will help you make the most informed decision that benefits your future.

Speak with a Fort Worth Prostitution Attorney Today

A charge for prostitution is a serious matter. A conviction could remain on your criminal record permanently, not to mention jail time and fines could greatly disrupt your day-to-day life in the meantime. If you are facing prostitution charges, consider retaining a Fort Worth criminal defense attorney who could stand up for your rights and represent your best interests. Call today to schedule an initial consultation.