Fort Worth courts have a reputation for having fairly strict drug laws, especially those addressing the manufacturing of illegal drugs and other illicit substances. If you are concerned about any kind of drug-related charge, it is important to take appropriate preparatory steps. Particularly if you are accused of any drug manufacturing offense, you may want to obtain qualified legal help.

A Fort Worth drug manufacturing lawyer could be available to assist you with any formal or pending drug manufacturing charges. They could review your case and then advise you on how to defend yourself against any legal charges, in addition to representing you in any future court proceedings. 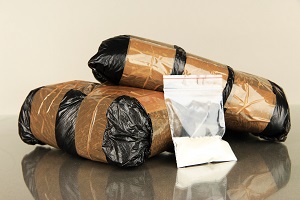 The law in Fort Worth, Texas generally forbids knowingly manufacturing any controlled substances, including various illegal drugs, drug precursors, and chemical substances. As mentioned previously, each controlled substance is allocated into a specific penalty group. T.H.S.C. §§481.112, 481.1121, 481.113, and 481.114 govern possible criminal punishments for penalty groups 1, 1-A, 2 and 2-A, and 3 and 4, respectively.

These statutes indicate that the minimum possible charge for manufacturing any substance in any of the above penalty groups is a felony punishable by incarceration in state jail. However, any individual convicted of manufacturing greater amounts of controlled substances may face increased penalties, such as a first-degree felony. A first-degree felony charge is possible for a person convicted of manufacturing between four and 200 grams of a penalty group 1 substance such as cocaine.

Penalty Groups for Controlled Substances in Fort Worth

Texas state law categorizes a variety of illegal drugs and other controlled substances into one of six penalty groups. Each penalty group contains a list of illicit substances, examples of which are provided below:

How an Attorney May Be Able to Help

Any accusation of manufacturing illicit substances is potentially serious. However, the good news is that you do not need to handle such an accusation by yourself. Legal aid is available in Fort Worth to help you protect your rights.

A Fort Worth drug manufacturing lawyer could analyze your individual situation and provide assistance with any drug manufacturing charge you may face. A skilled attorney may also be able to counsel you on your options for defending yourself. If you were charged, or think you may be charged, with a drug manufacturing offense, be sure to protect yourself as much as possible. Call a qualified local attorney to get started on your case.