Classes Of Misdemeanor Charges In TX

While misdemeanors are considered lesser charges, it’s critical to take them seriously. Misdemeanor convictions are recorded in a person’s record. They can stay there forever or temporarily. However, a criminal record can still have a negative impact on your life in many ways (whether the record is permanent or temporary). It can be challenging to get employed or gain admission to certain institutions because of criminal charges. A criminal record linked to a misdemeanor can also determine if you secure an occupational license or not.

Classes Of Misdemeanor Charges In Texas

Here’s a quick discussion on the types of misdemeanor charges in Texas.

These are the most severe charges in Texas. Individuals convicted of Class A misdemeanors in Texas face fines not exceeding $4,000 and a prison time of up to 1 year in jail. Class A misdemeanor offense can also attract other punishments such as up to two years of adult probation or community supervision.

You are most likely to face Class A misdemeanor charges in Texas if you are arrested for: driving while intoxicated (as a second offense), perjury, cruelty to animals, public lewdness, unlawful restraint, resisting arrest, promoting gambling, violating protective orders, carrying a weapon unlawfully, assaulting someone and causing bodily harm, possessing 2-4 ounces of marijuana and burglarizing a vending machine/vehicle.

Class B charges are considered less serious than Class A charges. They attract fines not exceeding $2,000 and/or prison time not exceeding 180 days. Courts can impose community supervision (up to two years) or three years with an extension.

You are most likely to face Class B charges in Texas if you are arrested for: prostitution, criminal trespass, harassment, child enticement, indecent exposure, vandalism, minor drug possession, DWI (as a first offense), and evading rest on foot. Other scenarios that are likely to end in Class B misdemeanor charges include making terrorist threats, failing to meet child support obligations, making false 911 calls, and making a false report/s to law enforcement (police). 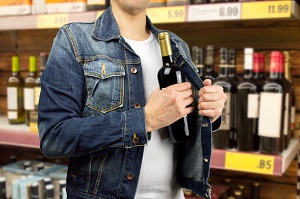 Class C charges are the least serious class of misdemeanor charges in Texas. The charges attract fines not exceeding $500. They can also attract community service in addition/in place of fines at a judge’s discretion.

Also Read: Special Sentencing Consideration For Misdemeanor
&
More About Us